An overview on Tax Residency Certificate & Double Taxation Avoidance Agreement: How To Get It? 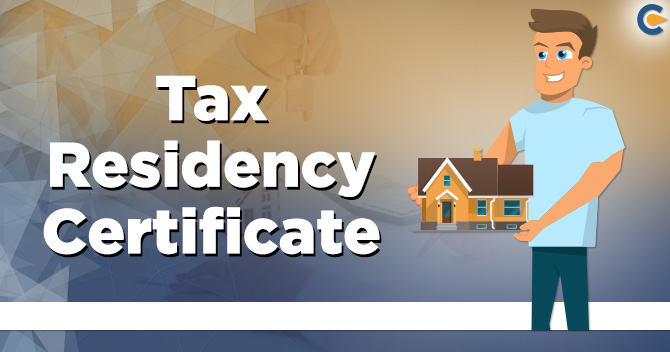 A tax residency certificate (TRC) is needed to verify which country you are a tax citizen of. The TRC is a must-have authorization for those who possess strings of income sources in more than one country. Regardless of what tax residency you represent, your income will be taxable in either country, as per their domestic laws.

To avoid double taxation on an income, you have to take advantage of the ‘Double Taxation Avoidance Agreement’ between the countries. TRC discards the probability of double taxation by applying relevant DTAA so that one can avail of the benefits stated therein.

The concept of TRC and DTAA

Example Issue: Suppose you are holding a status of NRI and reside in Australia. You are looking forward to selling out your bitcoins and transfer the gain to the NRO account. Now what are the issues that might encounter as bitcoin in India is prohibited? On the other hand, you have the liberty of transferring that asset in your Australia account and then the NRO account. What tax liability applies to this type of income?

The majority of countries, including India, see Bitcoin as an unorthodox instrument of generating assets. The Income Tax Department of India has not issued any provision on how bitcoin should be treated for tax liabilities. Whether the income transfer to India comes under liabilities or not, will depend on multiple factors.

One may opt for indexation benefit to costs and pay a 20% tax on long term gains, provided bitcoins have been under the possession for three years. On the contrary, if the possession period is less than three years, bitcoins will be treated as short-term and taxed as per income tax slab rates. Since the taxation rules of bitcoin have not been clear yet, you must go for expert assistance to boost up your understanding in regards to tax implications and adopt the compliance offered by the income tax department[1].

Availing benefits under the DTAA: What is DTAA?

Double Taxation Avoidance Agreement, aka DTTA, is a treaty between two countries with an aspiration to discard the probability of double taxation on the income in the respective countries. India, as of now, had a DTAA treaty with countries.

For example, an NRI living in the country “A” is managing an NRO Account with a bank situated in India. The interest generated in this account shall be deemed as income originating in India and taxed in country “A” which further leads to double taxation of the same income in either country.

If India holds a Double Taxation Avoidance Agreement with country “A,” a tax will be deducted from this income as per the rate prescribed in the agreement. Otherwise, it will be taxed at 30.9 % (the current tax provision).

How to avail advantages under the DTAA?

The Income Tax Act 1961 has now made it compulsory to obtain a Tax Residency Certificate (TRC) to take advantage of the Double Taxation Avoidance Agreement (DTAA). NRIs who seek the immediate benefit of DTAA have to mandatorily submit ‘Tax Residency Certificate (TRC)’ to the deductor (Bank). In general, this provision applies to all the NRIs who want to avoid double taxation with effect from April 1 2013.

To avail benefits under DTAA, NRIs have to submit the TRC along with PAN & Form-10F. These certifications are further needed to be scrutinized by Government authority for tax.

How can one obtain TRC?

The FORM-10F is available at the official website of the income tax department. If you reside in overseas, you can approach to tax/government authorities to serve this purpose. It’s worth noting that documents other than TRC are not acceptable at the authority for the DTAA purpose.

What time-constrained is related to the benefits under the DTAA?

DTAA benefits grow with time. Hence, NRI needs to render all the mandatory documents at the commencement of financial years to maximize the profit under DTAA.

What happens when NRIs breaches the provision of document submission, including TRC?

If NRIs fail to submit the required documents within stipulated timelines, then the interest earned on NRO deposits will be subjected to a tax deduction of 30.9%.

Double Tax Avoidance Agreement is established with an end goal to provide a better environment for NRIs and investors who seek maximum benefit from sales gain and avoid dual taxation. It is a form of tax exemption that provides relief from an unfair tax deduction on income generated in other countries.

Say, for instance, if an individual makes its way to abroad for an assignment and accepts payments that he/she earned for a given period, the income earned might be taxed in both the countries. The individual can apply for tax exemption at the time of tax filing for that given year, provided he complies with the provision under DTAA.

On the other hand, if foreign officials seek investment in India, the DTAA provisions can maximize tax deductions to income such investments. In some cases, DTAAs render nominal rates of tax. For instance, a TDS of 30% is applicable on the interest generated on NRI bank deposits. But DTAA can relive the concerned investor with the concessional rate of interest, which range somewhere around 10-15%.

Read our article:Search Cases under Section 153D of the IT Act, 1961: Lawfulness of Prior approval for assessment

A person who earns income is accountable for paying the tax for that specific jurisdiction. As we already mentioned, India entered into a treaty (DTAA)with many countries to discourage dual taxation.  However, to claim this benefit, one has to make sure that its native country where he/she lived has a DTAA with India. Here is the list of documents you requires to meet this requirement.

You can obtain these documents from the official website of the income tax department or a Bank. The applicant needs to fill the following details in the form before submitting it to the relevant authority.

Form 10F will approve by the government of the jurisdiction in which the assessee is a citizen for the period applicable.

The self-declaration is a legal document that authorized the participation of assessee who resided in the foreign country and pledged to follow all the provisions mentioned under DTAA.

In Feb., the Union Cabinet passed the amendment regarding the agreement between Sri Lanka and India to obliterate dual taxation and fiscal evasion.

Key Points of the Latest amendment

The current DTAA agreement between Sri Lanka and India was signed on January 22, 2013, that eventually comes into effect on October 22, 2013. Srilanka and India trade practices don’t encourage complexities in the tax liabilities, and they are a collective power. Both the country is required to develop the new standards concerning DTAAs with Inclusive Framework countries to discourage dual taxation.

India is a signatory to multilateral instrument, aka MLI, whereas Sri Lanka yet to enter into such convention. Hence, the amendment of the India-Sri Lanka DTAA is required to insert the Principal Purpose Test (PPT) provisions to satisfy the minimum criteria. Note: If another country opts to sign MLI along with India, the inclusion of the Principal Purpose Test in the DTAA serves no purpose; hence, it needs to be discarded.

What is Multilateral Instrument?

The Multilateral Instrument is a multilateral convention that allows jurisdictions to amend bilateral tax treaties to implement measures to discourage multinational tax avoidance effectively. These measures are part of the OECD/G20 Base Erosion and Profit Shifting (BEPS) project.

Around 100 countries in 2016 signed a Multilateral Convention for the implementation of the Tax Treaty. The Treaty discourages Base Erosion and Profit Shifting, which has a significant impact on international business in the current time.

What is the Principal Purpose Test?

Principal Purpose Test is an anti-abuse provision that helps the government to combat the violation tax treaties in the Double Taxation Avoidance Agreement (DTAA).

The revision of preamble text and implementation of the Principal Purpose Test will put the break on tax violation and misconduct related to the transfers of assets from one country to another without complying with tax provisions.

What is Base Erosion Profit shifting?

Firms make profits through investment in one jurisdiction; move them to another country by abusing tax treaties and mismatching in tax rules. The lower tax rate lures these firms to take such steps and encourage them to violate the country’s tax provision where the profit is made.

BEPS has become a severe matter of concern across the globe due to unfair trade practices and tax violations. As per Organization for Economic Cooperation and Development (OECD), BEPS is accountable for losses of 10% of global corporate income tax revenue, which is equivalent to a monetary figure of around $100-$240 billion.

Individual taxpayers will be harmed

The loophole in the taxation system could help defaulters move their funds across the border without any tax liabilities which, in turn transfers the load on those taxpayers who are law-abiding and put their efforts to meet the compliance standards.

Businesses will be harmed

The unfair tax deductions could demotivate investors and NRIs. Thankfully DTAA can help these personals to maximize their tax reduction through proper filling and 100% compliance. TRC can act as an ID for the investor who wants to avoid the tax complexity around the income generated outside the country. Once the proper documentation (Form 10F and PAN) submits to the relevant tax authority, the chances are you can save a considerable amount of money through a nominal tax slab provision under DTAA. The tax residency certificate (TRC) is a hugely vital element for NRIs and foreign investors. Please don’t forget to drop your queries in the comment section if some doubts regarding this topic.

Read our article: A Complete Guide on How to Save Income Tax

How to Calculate Capital Gain...

Capital gain is defined as any gain or profit that is received by the sale of the capital assets. As because this g...

Can an individual file ITR pos...

The government directs that individual who earn a certain annual income must file an Income tax return within a pre...