Appointment and Resignation of Directors

It is well said that Directors are the brain of the company. Get the finest directors on board with a change of directors With CorpBiz.

Check the eligibility criteria for appointment and resignation of Directors

File DIR -12 Form for the appointment of Directors

Obtain necessary Notices in case of resignation of director

Overview of Appointment and Resignation of Director

It is well said that Directors are the brain of the company. They are the managerial staff who control and administer the company's services. The revolution of directors takes place in one or another way – either by the selection of new director or withdrawal of existing. Endeavor to carry out the change of directors is always to guarantee an optimum blend of experts on board for the interest of the company. The authorization to approve the resignation of the director lies with the parts of BoD, whereas the appointment must be made through the consent of shareholders. Whether it is an appointment, removal, or resignation, the change does not take effect continuously; the intimation is made to 'Ministry of corporate affairs.'

What is the Eligibility Criteria to be a Director?

There are no designated qualifications, but an individual should comply with the following mentors be a director:

However, according to the law, a specific natural person only can be a director of any company.

The directors of a company change in terms of the role they play, such as managing director who runs the overall purposes of the company, executive directors who look after the day to day methods, and independent directors who assure proper governance of the company. Thereby, one company can have increased directors; nevertheless, the appointment of directors also depends on the type of business like:

Note: "If any person holds the efficiency of director in more than 10 or 20 companies before the commencement of Companies Act, then he shall have to determine the companies where he wishes to maintain or resign as the director within one year from such beginning. After that, he shall inform about his decision to the chosen companies as well as the concerned Registrar.

Section 168 of Companies Act, 2013, implements a clear picture of the appointment and resignation of directors, which wasn’t satisfied previously in the Companies Act, 1956. Since a business does not have a physical presence, it gets identified as an artificial person to whom only a natural person can bring into life. Consequently, a person who takes charge of managing the company’s operations is known as the director. Different directors are qualified for handling various aspects of the company.

Why Add and Switch? 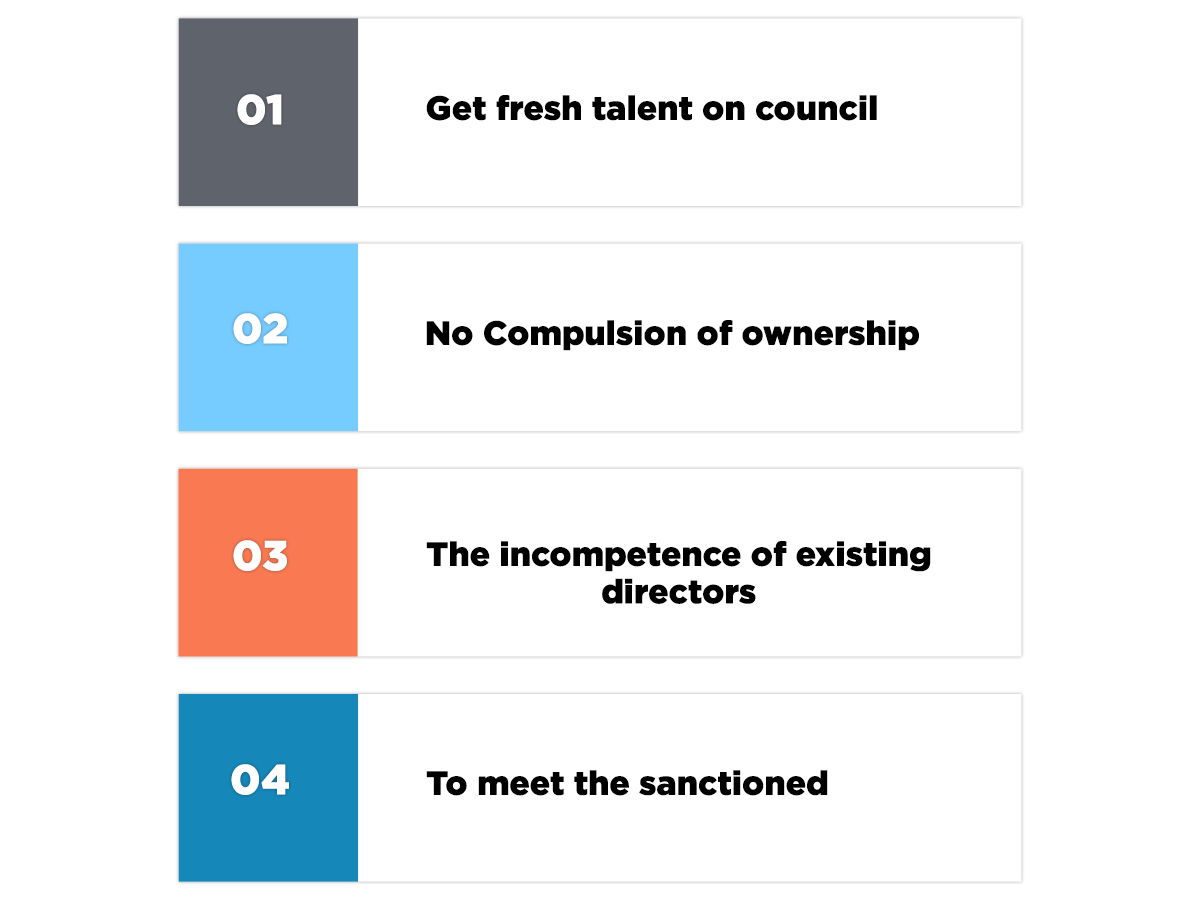 Documents needed for Appointment and Resignation of Director

Provisional: Appointment of Director following section 152 of the Companies act 2013

Classes of Director Appointed in the Company

Resignation of the Director under Section 168

Understandings behind Resignation of Directors

The resignation of a director/managing director, companies act 2013, asserts that the company has special duties and obligations to fulfill after.

As per section 168 of Companies act 2013, the administration does not have any right to reject the resignation presented by a director.
The effective date of withdrawal will be the date on which the director presents the same with the Board of directors.
If so, the promoter will take charge. If there is no promoter, the central government will provide for temporary directors to manage the Company, until fresh directors are appointed.
Yes.

No, a DIN or 'Director Identification Number' is forever allotted and can hence, be used for a continuance.
No, As per the Companies Act, 2013, only individuals can serve as Directors of Public and Private Limited companies.
Yes, to do so, they must have a valid Passport and a DIN. In case they do not have a DIN, they must apply for the same via the Company they wish to become a Director of.
No.