A Nidhi Company belongs to the non-banking financing companies. Registration of the Nidhi Company allows it to borrow from its members and lend to its members. Nidhi Companies are registered as public companies, and they should have "Nidhi limited" added at the end of their name.

A Nidhi company refers to a type of entity in the non-banking finance sector, recognized under Section 406 of the Companies Act, 2013. Their primary business is borrowing as well as lending funds between their members. They are also regarded as Benefit funds, permanent funds, Mutual benefits and Mutual Benefit Funds companies. The Ministry of Corporate Affairs governs these entities in India and reserves the right to issue directions related to deposit acceptance activities. The core object of these entities is to foster the habit of thrift and reserve funds amongst its serving members. The concept of Nidhi Company is quite popular in the southern region of India.

The Governing Authority sets the following Conditions for Incorporating Nidhi Company in India:

The followings are the major benefits of the Nidhi Company Registration in India:

The formation of a Nidhi Company is done through a very simple process. For the formation of Nidhi Company, there are certain requirements such as a minimum of seven members, out of which three will be appointed as directors and an easy and hassle-free documentation process.

A Nidhi Company does not require to comply with any of the Reserve Bank of India guidelines. So, the Nidhi Company is free to inculcate its own rules.

The lending, borrowing or depositing of transactions are done by the members only, decreasing the risk of any financial issues in the Nidhi Company.

The concept and objective of a Nidhi Company are to promote the saving among Indian people.

A Nidhi Company follows the Net owned funding system, which means the transaction where an invest an amount in the business to raise funds for the same. This feature makes a Nidhi Company cost-effective for owners and helps in the growth of the business.

Following is the List of Documents required for registering a Nidhi Company in India:

The procedure of Nidhi Company Registration in India

The followings are the detailed steps for the procedure of Nidhi Company registration:

The first step for all the directors is to obtain the DSC (Digital Signature Certificate) and DIN (Directors Identification Number) from the MCA certified agencies. The said agencies charge standard fees for rendering such services and seek basic documentation for the same. DSC is essentially used to authenticate the document electronically. It is by far the most secure and legit way of signing the e-form and others documents.

One needs to suggest the three best names for their Nidhi Company to the MCA, and one of these names will be accepted by the MCA. The name of Nidhi Company should be unique. Such approved name remains valid for 20days only

It takes 15-20 days for the appropriate authority to grant a certificate for incorporation of a Nidhi Company. This certificate also contains the Company's Company Identification Number (CIN).

Restricted undertakings for Nidhi Company as Per the Nidhi Rules

Nidhi Companies Are Not Permitted to Engage with the Following Undertakings:

Changes made by Nidhi Company (Amendment) Rules of 2022

The followings are the said amendments related to the registration of Nidhi Company made under the Nidhi Company (Amendment) Rules, 2022:

However, not anything written under these rules shall apply to the Company incorporated on or after the commencement of these Nidhi Company New Rules.

After examining the application, the central government conveys its decision within 45 days to the Company, and if it fails to do so within 45 days, it will be deemed to be approved.

However, the Company shall commence its business only if the central government approves its application.

The following criteria should be looked upon to determine that any promoter or Director is a fit and proper person:

(b) Not incurring any of the following disqualifications:

(ii) Chargesheet filed against him in the matter of economic offences

(iii) Restraining, prohibition or department order has been passed against him in any matter related to company law, securities law or financial market in force

(v) Declared involvement and not been discharged

Is Nidhi Company legal in India?

Nidhi companies are liable to operate in line with Nidhi Rules, 2014. They are registered in the nature of Public Limited company, and therefore, they are bound to follow the provisions of Nidhi rules, 2014 and Companies Act, 2013

Can the director take a loan from Nidhi Company?

Yes, Nidhi companies are legally permitted to render loans to their directors or their relatives in their capacity as members. Such transactions must be reflected in the annual accounts in the footnote section.

What is a net owned fund?

Nidhi company is not mandated to secure the RBI's consent; therefore, it is easy to incorporate. It is incorporated as a public company and must have affixed "Nidhi Limited" at the end of its name.

MCA acts as a primary regulatory body for Nidhi companies in India. It reserves rights to roll out guidelines relating to deposit acceptance activities

What is the benefit of Nidhi Company?

Nidhi Company aims to improve the financial standing of the serving members by ensuring seamless lending and borrowing of funds. The loans accessible to the serving members revolve around lower interest rates, which motivates the member to speed up saving activities.

How does Nidhi company make money?

The ultimate goal of such entities is to garner the habit of frugality as well as savings among its members. According to Company Act, 2013, all the transactions, i.e. lending and borrowing, should occur between the serving members only.

No, such entities are prohibited from accepting deposits in cash. Keep in mind that the maximum deposit acceptance limit for these companies has been limited to 20 times the NOF as reflected in the latest Audited Financial Statements.

How to Choose the Right Nidhi Company Business Model?...

Know the Legalities to Run a Nidhi Company in India... 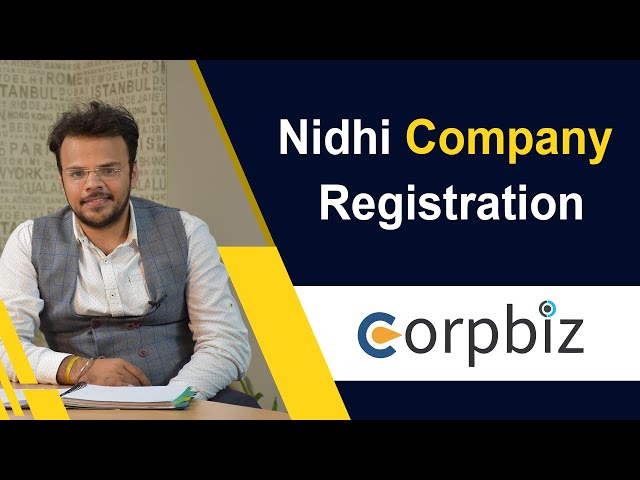