Corpbiz provides reliable service for LLP Registration. Consult with our experts for assistance.

Fill RUN LLP form to reserve a name for your LLP

Submit the FiLLiP Form for the incorporation of LLP

LLP stands for Limited Liability Partnership. It is a hybrid corporate business that allows its members to avail the benefits of a company as well as a partnership firm. It provides the advantage of limited liability like a company and the liberty to decide the internal management matters of the company based on a mutual agreement like a partnership firm. This enables the company members to divide the risk and leverage the expertise and skill of the individual and division of labour.

The Act was amended in the year 2021. The amendment brought significant changes for the better regulation of LLP in India

The key benefits of a LLP Registration are listed below:

List of Essential Documents for the Formation of LLP

The documents required for the registration of LLP are given below:

Procedure for Registering LLP in India

The first step is to apply for Digital Signature Certificate (DSC) for all the directors, along with Digital Identification Number (DIN) & Name Approval. DSC can be easily obtained from the nearest Certifying Authorities or CAs with self-attested copies of their identity proof. DIN is applied in the SPICe Form along with the details of the Director. The DIN can be used as DPIN as well; the Name Approval can be obtained through filing the RUN LLP Form.

The next step is filing the FiLLiP form with MCA along with the essential documents.

After filing the application along with the necessary documents, the Registrar of Companies (ROC) shall inspect and verify the application and issue the Certificate of Incorporation; after the verification

The LLP Amendment Act was notified on 11 February 2022. This is the first-ever Amendment after the Act came into force i.e. 2009.

The significant amendments in this Act is enlisted below

The technical, minor and compliance-related offenses are moved to In – House Adjudication Mechanism framework along with modified penal provisions. This new amendment Act has also reduced the monetary penalty for some offences.

The Regional officer which is appointed by the Central Government has the power to compound any offence under the amended legislation. The offence is punishable with a fine. However, the amended act also prescribes the process of compounding such offences. The fine will be charged on the basis of the limit prescribed by the Act, but the same limit shall not apply if the offender has committed the same offence within three years from the date of committing the first offence.

The new amendment states that the penalty for non-compliance with the provisions of the LLP Act shall attract a penalty of half the amount as specified in the Act, which would be no more than Rs. 1 Lac for LLP and 50 000 for each designated partner or any other person as per the case . This is added by introducing a new section, i.e. Section 76 A

According to this amendment, special courts shall be established to exclusively try the cases related to the offences committed under the Principal Act. This would help in faster disposal of cases as well as a reduction in the burden of the normal courts.

Our Procedure As Soon As the Client Drops a Request On Our Platform?

What is the first step of incorporating LLP?

Who issues the certificate of incorporation of LLP?

The Certificate of Incorporation (COI) is issued by the Ministry of Corporate Affairs (MCA). The Certificate acts as conclusive evidence of the formation of the LLP.

When should we file Form 8 of LLP?

The last date for filling this form is 30th October of each Financial Year, failure to file such a form can attract a penalty of Rs 100/day.

How long does it take to incorporate an LLP in India?

The process of Incorporation of LLP in India takes around 15-20 working days.

Is GST compulsory for LLP?

As per the central government notification, LLP registered under the LLP Act, 2008 must be treated as a partnership firm or firm under the GST regime.

Are there any Tax Benefits for LLP?

Yes, LLP is not obligated to address taxes on their income & partner's share. Therefore, no dividend distribution tax is addressable as u/s 40(b). However, bonuses, commissions or remuneration, salary payments, and Interest to partners do expose to taxes.

How are the partners of LLP taxed?

A partner of LLP is taxed on his/her profit's share that is reaped by the partnership. For a higher tax rate, the taxpayer, a member of an LLP, is, however, taxed on his or her share of the profits generated by the partnership. For a higher or additional rate taxpayer, they would therefore pay 40% or 45% income tax on the LLP profits, whereas a company may pay corporation tax at a lower rate (19%).

Does an LLP need to be audited?

Yes, LLPs in India is mandated to audit their account as per Rule 24 of LLP, Rules 2009. Such rules, among other, states that any LLP whose annual turnover does not surpass, in any FY, Rs 40 Lacs, or whose contribution does not surpass Rs 25 lac is not obligated to get its accounts audited 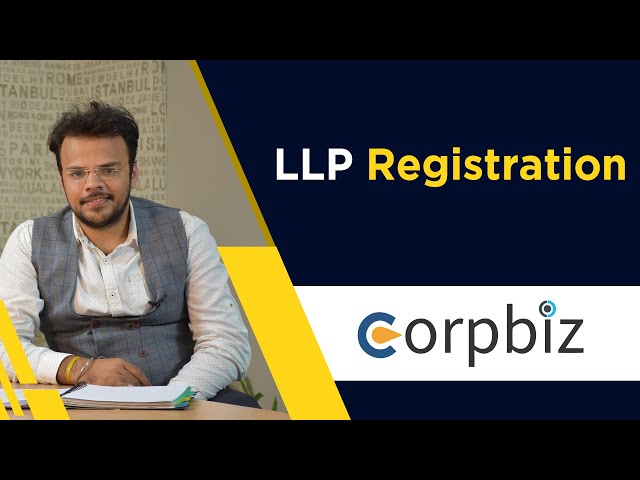