How much does Liquor License cost in India? 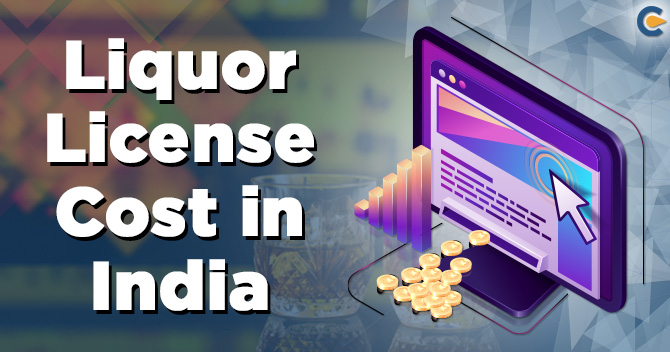 A liquor license is a type of permit given by the State Excise Department to the people who wants to sell alcoholic beverages at the certain place. Each state government has laid down various rules and regulations for granting the licenses, which has to be followed by the person in the liquor business and wants to sell hard drinks.

The Uttar Pradesh government has approved the states 2020-21 excise policy, in which it has increased the liquor license cost fee on country-made liquor by 10%, and beer by 15% and also foreign liquor by 20%. The decision has taken by the Cabinet, and the hike in license fee is likely to increase in prices with effect from 1st April 2020.

Another highlight of the policy is that from now onwards, beer shops can also sell wines along with the Indian made foreign liquor (IMFL) shops in Uttar Pradesh. The state government has made this simple and transparent excise policy that would remove cartels. The renewal of licenses will be done by way of e-lottery. Under this new policy, one person will be allowed to have only two (liquor) shops in the state.

Some Highlights of the new policy of liquor license cost

The Delhi Court states that there is no service tax of any kind to be levied on liquor license costs, in accordance with the GST Council’s decision. Every state in India has its own laws for alcohol and the requirements concerning liquor license permits.

For instance, the sale and distribution of liquor in Delhi is governed by the Delhi Liquor License Rules, 1976, which mention all different kinds of licenses that one would need in order to be allowed to serve liquor in a city. It further states other rules to ensure quality liquor as well as the safety of the consumers.

However, each state has its very own local authority, which looks into the authorization of licenses. This authority is known as an Alcoholic Beverage Control Agency (ABC Agency[1]), whose job is to check on and regulate all sales and distribution of liquors.

It also has a specific license quota dictating the possible number of restaurants and other places selling liquor within a certain city during a specific time. There may be no licenses available for sale at all sometimes; hence, it leads to problem in acquiring the liquor permit or a restaurant permit.

What is Liquor License Cost?

Liquor License Cost For a State:

Why Cost or Investment Required?

The question arises of what can be a cost to open a liquor shop. It is wise to start a business only if there is more return than the capital investment plus direct and indirect expenses, especially for a long run. See. Firstly, to have liquor license, one needs to deposit application fee and then submit liquor license costs.

This fee can be in few thousand (Rs. 5,000 to Rs. 15,000 or more), which can vary with the type of license. Other than this, one also requires a licensed premises to stock of liquor and staff to serve or can sell liquor. Before starting, one needs to calculate the initial cost of starting a liquor shop, which approximately cost from Rs. 50 lakh to Rs. 60 lakh depending on the location and also various other factors.

The cost of obtaining the alcohol license will shift. In some cases, one will required to pay in thousands for the application fee and plus taxes. The liquor license cost could convert into the huge number of profits.

There are normally different types of licenses for various sorts of organizations – for example, opening an alcohol store will need a different kind of license than only running a bar. Subsequently, as a major aspect of the application, one must compose a clear portrayal of the sort of business that will be running. It requires ought to incorporate information on whether the license holder means to offer liquor for consumption on the premises or on the rate of the aggregate income originates from the sale of liquor. This is vital as a few sorts of liquor require a different liquor license in comparison to others.

The Licensing Act 2003 says that one requires a permit to sell alcohol in India. Even if one wants to give away alcohol for free, he required to have this permit. It is because the mere act of giving alcohol away for free is seen as an incentive offered thee customers to purchase from you- one that is a part of your pricing structure.

Selling liquor in a restaurant is an absolutely nice way to make benefits given that alcohol, in general, has low labor costs and high-benefit margins. So, if you’re all set to open up a restaurant or a bar, a liquor license is one of the most prime things you need to get as well as plan for in advance and know about the liquor license cost.

Read our article: How to obtain Liquor License in Mumbai

How to apply for Liquor Licens...

Restaurant liquor in a bar, a pub, a hotel, and so on is legal, only if the seller holds a valid liquor permit, whi...