How to obtain Liquor License in Mumbai 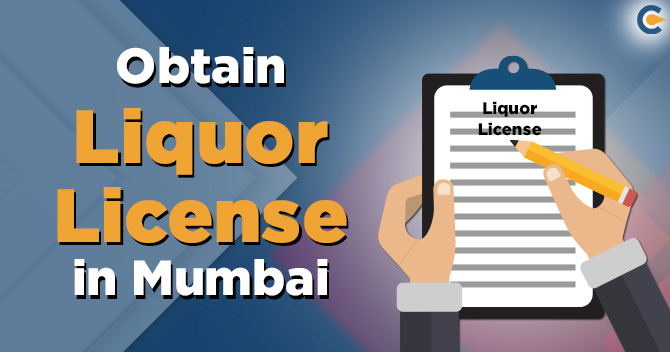 An official permit is necessary to sell alcoholic beverages hence required liquor license in Mumbai. States don’t allow anyone to sell liquor without licenses. That is the reason why restaurants and businesses in liquor require applying for a liquor license. Purchasing, transporting, possessing, and consuming liquor without a valid permit is an offense punishable under the Bombay Prohibition Act, 1949. In Mumbai, the excise department issues liquor license in Mumbai for buying and selling of liquor.

The licenses can be broadly classified.

Liquor is a non-toxic liquid that contains Ethyl Alcohol. It is produced by distillation of grains, vegetables, or fruits that have already gone through alcoholic fermentation. All liquids containing alcohol are called as liquor. There are mainly two types of liquor produced for consumption in India.

Types of Liquor license in Mumbai

Determining whether one requires a license or an off license

According to rules, the government can, by written order, gives official permission to grant a vendor license regarding the sale for foreign liquor. An entrepreneurial license is granted after the following conditions:

The government, according to rules, can make an order in writing, and authorize an officer to grant licenses to the license holders of hotels in order to sell foreign liquor to people permitted under this Act. It is provided that the government must satisfied that such a hotel usually has a sufficient number of staff members eligible to hold the permits. Such licenses are issued after the following conditions:

Renewal of Bar and Shop License

In Mumbai City Restaurants, having Grade 1 has the facility of obtaining the Bar License i.e., Permit Room License for “ON- Consumption.” However, the FL II licenses are given to the shops to sale sealed Bottles for “OFF- Consumption.” The validity of these licenses lasts up to one year.

Under what Rule the license is issued?

The liquor license in Mumbai is issued under Rule 24, 44, 47 of Bombay Foreign Liquor Rules 1953 and for Beer Bars under Special Permit Rules 1952.

Procedure for Renewal for Liquor License in Mumbai

Any person who desires to renew a license must apply thirty days before the date of the expiry of liquor license. Every application must be accompanied by a challan and evidence of payment of application fee, which is Rs.25/-. The renewal fees are fixed by the State Government from time to time.

Documents need to be submitted along with the application.

Penalty for not having Liquor License

A Liquor License is Mumbai granted by the Mumbai excise department to those who wish to sell and distribute alcohol and alcoholic beverages. Every state government keeps a stringent check on the sale and consumption of alcohol sold within its territory. According to the Bombay Prohibition Act, 1949, it is mandatory to have a liquor license for selling and consuming alcohol.

Read our article: Procedure for Obtaining Liquor License in India

Is it Legal to sell Homemade W...

There are various production laws for wine in India. India has not customarily a wine-drinking nation. The producti...