How to get a Liquor License in Punjab: Changes in Excise Policy 2020 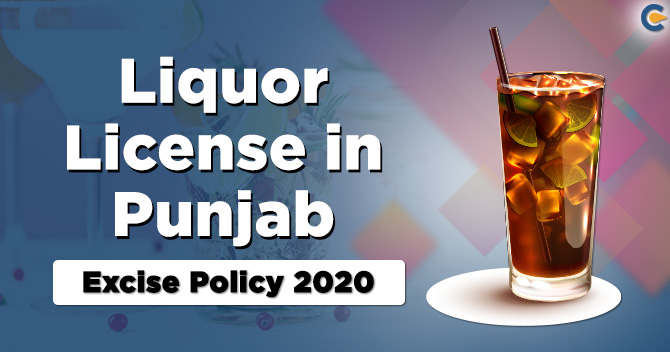 How to Get a Liquor License in Punjab?

Importance of the Punjab Liquor License

The following types of the applicant can apply for a liquor license in Punjab:

Read our article: How much does Liquor License cost in India?

The fees payable in respect of Punjab liquor license under these rules are of the following kind:

The Fees for Grant and Renewal of the Punjab liquor license mentioned below. It will be charged at the rate indicated:

Exemption from Payment of Fee

A Punjab liquor license for the reduction of country spirit is exempted from payment in form L-16.

A license for vend of denatured spirit will be granted on fixed fees, in form L-17 in addition to the fee assessed according to sale. The rates of fixed fees are given here:

The assessment must be based on the following scale:

A license in form L17 for the retail vend of rectified spirit denatured with 2% kerosene for use as motor fuel must be granted on payment of a fee of rupees five.

Note: The fixed fee is payable in advance, and the assessed fee will be recovered at the time of issue of the license in form L 32. No assessment fee will be charged with the quantity of denatured spirit on which such fee has already been recovered in Punjab.

A license in form L17-B for vend of Methyl Alcohol/Methanol must be granted on fixed fees in addition to the fee assessed according to the sale. The following are the rate of fixed fees:

The assessment must be based on the following scale:

Note: The fixed fee is payable in advance, and the assessed fee will be recovered at the time of issue of the liquor permit in form L-32 A. Provided that no assessment fee will be charged with the quantity of Methyl Alcohol/Methanol on which such fee has already been recovered in Punjab.

The following Punjab liquor licenses are granted on assessed fees:

The following liquor licenses are granted on fee fixed by auction; the Excise Commissioner grants any license on payment of a fixed fee:

A Liquor License is granted by the Punjab excise department to those who sell and distribute alcohol and other alcoholic beverages. Every state government keeps a check on the sale and consumption of alcohol sold within its territory. The government of Punjab has established rules and regulations under the Punjab Liquor License Rules, 1932, for regulation on the consumption and sales of liquor.

Read our article: Procedure for Obtaining Liquor License in India

Liquor license is issued only after scrutiny to all the details of the license holder because selling Liquor withou...