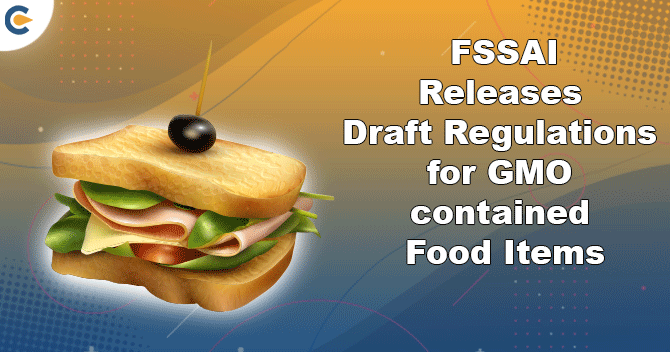 The draft has been rolled out to seek stakeholder views and the post-inter-ministerial consultation process. The draft regulations enclose the procedure for prior consent and safety assessment, and labelling norms. It also contains provisions that food testing labs will need to follow for examining GM foods.

What are GM foods?

As per the WHO’s definition, Foods that have been manufactured via genetically modified organisms are regarded as GM foods.

The genetic modification artificially modifies the DNA structures of the food items and claims to have better nutritional value over conventional food articles.

This is not naturally occurring and is performed using genetic engineering technology.

An Overview of Proposed Regulations Released by FSSAI

Facts regarding GM food in India

There is a rising concern among Indian customers regarding the credibility of infant food articles being purchased by them. Since they are not assured whether the given food article is completely GM-free, this may build more confusion and mistrust over time. FSSAI has taken the right measure in this direction by releasing the regulations above.

FSSAI License for energy drinks in India is mandatory for those who want to engage themselves in the sector of ener...

FSSAI stands for the Food Safety and Standards Authority of India. It is an autonomous body established under the M...