What are Mergers and Acquisitions? A Detailed Outlook 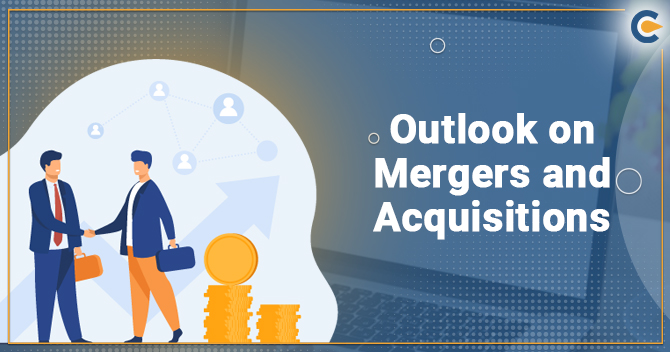 There is a common misconception among the people that mergers and acquisitions are the same things. Both of these business-related terms refer to the fusion of two entities, but there is a critical distinction involved in when to place them into circumstances.

A merger occurs when two independent companies consolidate forces to create a new organization. Whereas, an acquisition is referred to as a business strategy under which one entity takes over another entity. Mergers and acquisitions are typically done to serve purposes such as increasing the company’s reach in the given market or to create better value for the shareholders. Let’s go ahead and see how mergers and acquisitions differ from each other.

From a legal viewpoint, a merger is a consolidation of two separate business entities. Whenever the merger takes place, the companies generally agreed to merge their resources including the management structure. The mergers seek no fund to complete but satisfy each entity’s individual power.

Practically, friendly mergers of identical firms do not execute more often. It is impractical that two entities would benefit from consolidating forces with two distinctive CEOs agreeing to release some authority to realize those benefits. When such a thing happens, the stock of either entity is surrendered, and new stocks are released under the new business name.

Generally, a merger took place to get rid of stiff operational costs, explore new markets, increase profit and ROI. Mergers are generally voluntary and take place between the entities that are approximately identical in terms of size and scope.

Read our article:Merger or Amalgamation of Company with Foreign Company: Complete Overview

Planning, which considered as the most intricate part of the merger process, involve the action plan, analysis, and settlements between the parties. The planning stage may last for considerable amount of time, but once it is finish, the merger gets the much-needed traction.

Resolution is referred to the approval of management and shareholders engaged with the merger plan.

Following are the stages involved in resolution:

Implementation stage entails enrolment of the merger agreement in the Company register. Merger process roughly takes 12 months to complete due to myriads of issues related to share exchange ratio between the involved companies, which is hardly accepted by the parties without drawn-out settlements.

During the merger process share exchange ratio is adjusted accordingly as per the share prices. On the effective merger’s date, financial mediators will introduce the new shares as well as the new quantities in the dossiers. The shareholders may trade new shares without hassle and benefits from dividends and voting rights.

The acquisition does not form a new company, instead, it led the entity to get complete authority over another entity in term asset, liability, resources, operational management, and everything that support its existence. Oftentimes, the acquisition is referring to as a takeover; typically carries an unconstructive connotation than mergers. Consequently, acquiring companies may refer to such business decisions as a merger, which in reality is a takeover.

Acquisitions lure considerable funding, but the power of the buyer is absolute. Entities may acquire another entity to get their hand on their supplier list and lower down the cost for producing a good.

Acquisition radically takes place when the acquirer wants to access the technologies of the target entity. When such things happen, acquire got the opportunity to get rid of the unnecessary investment in their R&D section.

Revamping of the corporate structure is radically refers to a “Merger and Acquisition” transaction instead of simply a “merger or acquisition”. The apparent distinctions between these two terms are gradually being undermined by the new definition of M&A deals.

Illustrations with the Help of Examples

Vodafone makes its way to the Indian Territory in 2007 after it buys out the controlling stake in Hutchison Essar. Precisely, the British[1] telecom giant acquired fifty-two percent of stake in Hutchison Essar for USD 10.0 billion, which still holds the record for the biggest deal in the sector. The Vodafone joined hands with Indian Telecom Company to get access to the thriving Indian market.

Daiichi is the Japanese based multinational organization that acquires a 63.92 percent stake in the Ranbaxy in 2008. The deal was finalized at USD 4.6 billion. However, the deal soon gets overwhelmed by the charges related to the falsification of test results. FDA in response to this malpractice stopped the review of all the drug applications for which faulty test results were created.

The line that differentiates these terms from each other is very thin. That is why people often get confused by them. The merger is the fusion of two entities, whereas acquisition is a complete takeover of another company. Connect with our experts at CorpBiz in case if you need more information on the topic i.e. Mergers and Acquisitions.

Mergers and Acquisitions or M&A is a type of business alliance that helps companies to expand or grow their bus...

Selection of an appropriate M&A payment paves down the roadmap for successful M&A.  Method of payments...