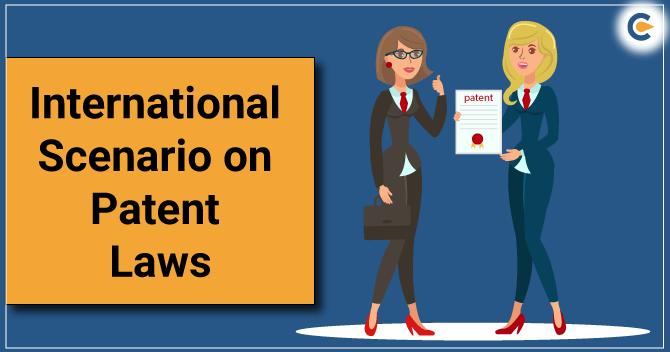 A patent is a universally much-admired name for monopoly or exclusive right granted by the state in favour of an inventor in respect of any such invention. It excludes the rights of others for a limited duration to do certain acts in relation to an invention. Therefore, today’s international scenario on the patent has been increased and protects the patentee for the same.

How have Patents been protected under Indian Law?

The Patents Act governs the laws pertaining to Patent Registration in India, 1970, which has been amended twice by The ammended Patents Act, 1999 and The Patents (Amendment) Act, 2002. The new Patent Act, 2002, has been notified on June 25 2002. Presently, the limited sections have been made applicable vide Gazette Notification from the Government of India[1], dated May 20, 2003. However, it is being implemented in a phased manner, and it is a matter of time before the new Act will be applicable in its entirety. In the present scenario, the old Acts, i.e. The Patent Act, 1970 and The Patent Rules, 2003, are meant to be considerable except for the sections that are removed through the Gazette Notification.

The International Scenario on Patents

India is one of the contracting states in the “PCT” any Indian applicant can file an international application in the universal standard format “Form PCT/RO/101” by any of the Indian Patent Offices such as Receiving Office, wich includes The Patent Office, Kolkata, and its branch Offices at New Delhi, Mumbai and Chennai along with the copy of Specification and Statutory Fees. Language of filing can be either in English or Hindi.

At a time of filing of an application, the applicant is also required to mention the number of countries wherein eventually registration of a patent is desired to be sought. It also has to specify the name of the International Search Authority and the International Preliminary Examination Authority.

The documents must be filed along with a PCT Application through an Indian Patent office are as follows:

Once the formalities under international phase have been duly complied, the applicant receives the Final International Preliminary Examination Report. After this, an application proceeds to the National Phase.

Filing of the National Phase Application in India requires the request for granting of a patent. It is made to the competent Receiving Office, i.e. The Patent Office, Kolkata, and its branch Offices at New Delhi, Mumbai, and Chennai in the prescribed Form 1A.

The documents must be submitted with the standardized application along with the necessary fees with the Patent office are as follows:

The patentee becomes the sole owner of an invention. This right is granted to a person who fulfils the prescribed conditions laid down by the government of a particular country. The patent granted protects the respective laws of the various countries in the world. Therefore, today’s International scenario on a patent is to protect the inventor in every way.

The Controller General of Patents, & Trademarks, the Department of Industrial Policy and Promotion (DIPP), Mini...