Learning / IPR / Revocation of Patent in India: A Complete Overview

Revocation of Patent in India: A Complete Overview 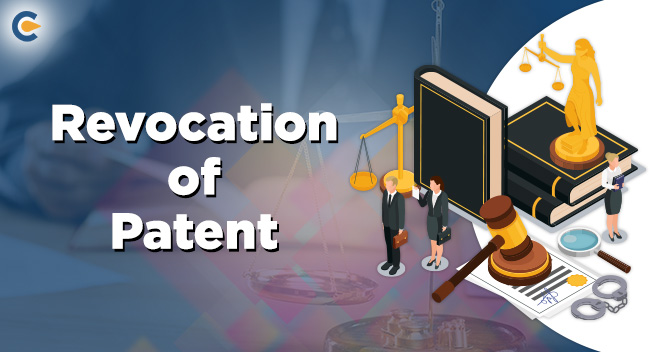 With the signing of the TRIPS agreement in 2005, the Indian Patent Act, 1970 was amended. The amendment was made in Section 25 of the Indian Patent Act, 1970, and the ability to oppose after or before the grant of Patent was included in the Act.  The amendment in the Act, ensured proper adoption of Intellectual Property and international harmonization of the Patent regime. The Revocation of Patent is done in the cases where it is deemed to be against the public policy of the Central Government or Patent Infringement or Claim by Licensors. In this article, we will discuss the Revocation of Patent in India.

What is a Patent?

A Patent, when approved, does not infer that the same will stay unopposed by any party during its lifetime. In spite of approving of a Patent, it can be put to trial by any person on numerous grounds, either by way of revocation proceedings or through a post-grant opposition.

A Patent is basically an agreement between an originator and the Government in which the originator is given a short-term control in return for allowing the invention to be made public to aid in the advancement of the general people’s knowledge.

In India to qualify for a Patent, an invention or a product has to satisfy the following criteria:

What is Revocation of Patent?

A Patent when is sealed or granted, it is not always the case that the Patent should stay unobstructed by any person or third party throughout the life of the Patent. Certain people can challenge the Patent on several grounds, and the way by which the Patent can be challenged is by Revocation of Patent.

The Patent Act does not assume that the Patents granted to be valid; hence, the rights granted on such granted Patents cannot be absolute. The third parties which are required to seek consent from Patentee of the granted Patent for practicing of any exclusive rights bestowed upon him/her are also given an opportunity to challenge the validity of the Patents.

Section 64 of the Patent Act, 1970[1], does not restrict the grounds of Patent Revocation to only those provided in Section 64, whereas section 25 (2) also set out grounds that are used in post-grant opposition proceedings is restrictive in nature. Hence, it can be said that Section 64 is not exhaustive.

Who can file for the Revocation of Patent Petition?

The Patent Act, 1970, in Section 64 provides for the persons who can file the petition of Revocation of Patent. The persons are as follows:

Where can a Revocation of Patent Petition be filed?

Read our article:Penalties, Suits and Appeals Against the Patent Infringement

What are the grounds for the Revocation of Patent?

The grounds for Revocation are provided under the following sections of the Patent Act, 1970:

Section 64-Grounds for Revocation of Patent

The various grounds for Revocation of Patent as per section 64 of the Patent Act, 1970, are as follows:

In the judgment of the case, Dr. Aloys Wobben & Anr. vs. Yogesh Mehra & Ors, the Supreme Court (SC) has explained that as per Section 64 of the Patent Act, 1970, Patent Revocation can be sought either by filing a Revocation petition to the Intellectual property Appellate Board (IPAB) or by a counter-claim in a suit of Patent Infringement. The challenger of Patent Revocation cannot attempt to proceed simultaneously against the Patent holder in both the matters. The attempt to seek one of the remedies by the Court will bar the challenger from availing the other remedy.

In the case of Enercon (India) Ltd and Ors. vs. Enercon Gmbh [(2014) 5 SCC 1], the Supreme Court laid down the fact that when post-grant opposition proceedings are instituted by a party in the Court related to a Patent, then the same party cannot institute a petition of Patent Revocation or counter-claim of Patent Revocation proceeding against the same Patent simultaneously.

Section 66 of the Patent Act, 1970, states that where the Central Government is of the opinion that the Patent or the manner in which the rights related to Patent are exercised Is disadvantageous to the public at large or the State, then such a detrimental Patent should be revoked. The Patent holder should be given proper opportunity with respect to his/her right of being heard. After the opportunity is given to the Patent holder and observing all the circumstances, the decision for the Revocation of Patent will be given accordingly.

For example, Company Avesthagen Ltd. was granted a Patent on a product containing Jamun, Chandan, and Lavangpatti, which was anticipated to be used in for the treatment of diabetes. The Company Avesthagen filed for Patent for the same product in the European Patent Office (EPO). The Patent was turned down under the ground that the Patent is infringed upon the Traditional Knowledge Digital Library (TKDL).

The Central Government of India, on finding out about the filing of Patent in EPO, revoked the Patent granted to the company Avesthagen by the Indian Patent Office under Section 66 of the Indian Patents Act. The ground of rejection was that the Patent is detrimental to the public interest at large and is also mischievous.

The company Avesthagen argument that though it was traditional knowledge, but the circumstance that when the plants are used in the particular combination specified in Patent, the plants show a faster effect. On the other hand, the Central Government argued and proved that the fact that these plants specified in the specifications of Patent are used for the management of diabetes for a very long period and was known to the public at large for centuries. The Central Government stated that it is very obvious that the extracts plants will perform the same function. Hence, the Court held that the grant of Patent could not be done just for re-validating a traditional knowledge.

Section 85-Revocation by Controller for Non-working

The grounds for Revocation are:

The application made by any person or the Government should be made in Form 19 along with the evidences supporting the Revocation. The application if is made by a person interested, so such an interested person should disclose the nature of his/her interest.

It’s common for some people to come across to a matter of Patent Revocation with a general concern that ‘this has been done earlier’ or ‘the Patent doesn’t operate.’  These are certain aspects to be taken into account when considering the various grounds of Patent Revocation.  Several of the grounds for Patent Revocation involve complex scrutiny at a legal and practical level (within the field of the invention defined in the Patent).  In the end, it will be the Court that decides whether or not a Patent is liable for Revocation with the support of evidence presented by the parties. If you think that there are sufficient grounds for Revocation of Patent available, then legal advice should be taken from experienced professionals. We at Corpbiz have experts who will help you with the process of Patent Revocation. Our experts will guide you with the process of Revocation. Our experts will ensure the successful and timely completion of your work. 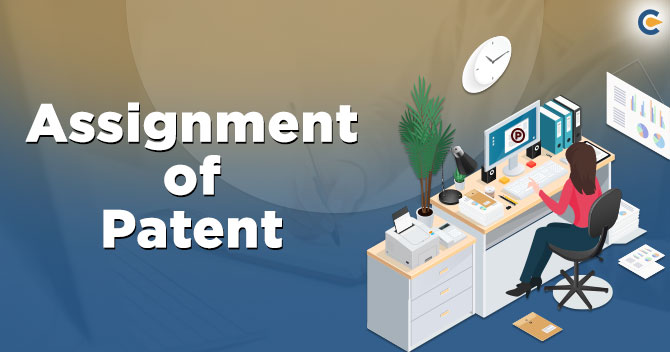 Patent Assignment: Difference between Assignment of Patent and License

A patent is considered as the transferrable property that can be transferred from the original patentee to any othe... 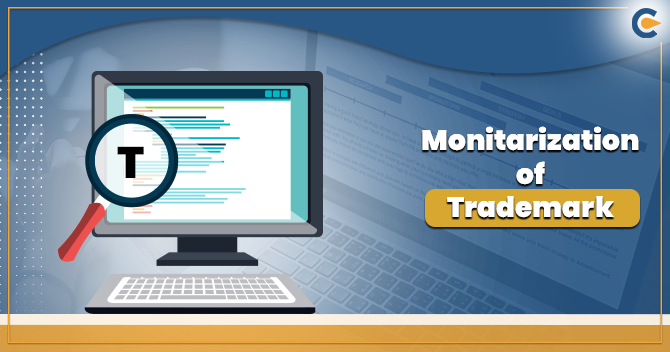 Monitarization of Trademark- Is Trademark saleable in India?

In today’s world, a brand name has become an indispensable part of our life, with the growing numbers of Brand co...