What are the Outcomes of Special Liquidity Scheme for NBFCs/HFCs? 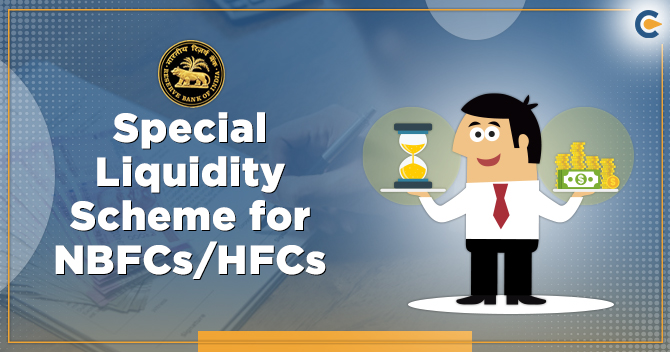 The month of July 2020 came as a relief for the NBFCs and HFCs as the government rolled out Special Liquidity Scheme that worth around Rs 30,000 crore. Although the said scheme adheres to immense potential, it failed to meet the expectation of the entities, smaller ones in particular. In this write up you will come to know why the scheme of such potential gets failed to serve its purpose. But before we shed some light on the outcome, let get familiar with its historical context.

What was the Special Liquidity Scheme?

Special Liquidity Scheme was launched in the event when the majority of the NBFCs were seeking monetary leverage from the government to stabilize their financial standing. The scheme was underpinned by a Rs 30,000 crore relief package. RBI was the one who funded the scheme after subscribing to government-based special securities. The scheme adheres to a lot of positive vibes since it got the support of the country’s leading apex bodies and also it was expected to improve the financial standing of the existing NBFCs and HFCs.

Read our article:Regulations governing NBFCs in India: A Complete Overview

Special Liquidity Scheme enclosed some guidelines related to eligibility criteria drafted by the Reserve Bank of India, which are as follows:-

So how did the scheme stack up against the complexities exist within the financial sector?

Well, to be precise, the scheme failed to meet the expectation of the industry. The following are the reasons why the Special Liquidity Scheme has failed to renders the desired outcomes.

There are lots of outcomes of Special Liquidity Scheme observed, which are as follows:-

As per the official data, the Special Liquidity Scheme has failed to disburse the allocated fund of the ₹30,000 crores to the NBFCs in the given timeline. Only ₹7,227 crores of funds have been routed to the potential credit seekers at the end of the scheme. Till September 30, thirty-nine proposals, including ₹11,120 crores, was approved. Out of this approved amount, ₹7,227 has been credited, whereas Rs 182 crore ends up worthless. Furthermore, the remaining amount i.e. ₹3,707 crores have lapsed.

Smaller ones did not receive as Expected

Since the scheme rolled out to perish the existing liabilities only, the companies didn’t see the point in accessing the scheme as they are looking for funds to extend their lending capabilities. The liquidity support under the scheme largely benefitted the bigger NBFCS, whereas, the smaller ones did not receive the expected financial backing.

Not Satisfying the Requirements

But still, there is a sign of hope as the government is planning to allocate the remaining funds to the SIDBI or NABARD. These bodies will soon roll out the direct liquidity support to newly established NBFCs via term loans. The disbursement of such funds will not take the credit rating into the account. According to the expert’s speculation, this might not be a game-changer, but at least it would lower than turbulence for fiscal needs to some extent.

In the past couple of months, NBFCs have been catering to their payment obligation in a good way, yet their balance sheet says otherwise. These entities were waiting for a stable remedy to rebalance their asset-liability mismatch. They would instead opt for fresh borrowings available for longer terms to serve the purpose of lending. The current situation demands the debt market to starts rolling out funds for credit seekers without credit or risk aversion.

There is no denying that the Special Liquidity Scheme lacks everything that newer establishments wished for. After all, there is no point in accessing a liquidity scheme that doesn’t resolve the core problem. Henceforth, the center must look for an alternative by averting the current methodology for structuring the scheme. They must extract the possible outcomes via a forecasting model to maximize the end-user benefits. The way this scheme performed has left a negative impression on the government.

Taking insight from stakeholders would help the government to outline a better scheme. Any tweak after the deployment could be a tedious errand for the government. So it’s all boil down preliminarily preparation. The problem with the said scheme was that it was only catering to a narrow range of credit seeker. And this is why the significant portion of the scheme’s fund remained untouched.

Special Liquidity Scheme was one of a kind that renders no benefit to small and medium NBFCs. It’s strange how the scheme with such a sheer volume of the fund went unproductive. The government[1] and finance ministry needs to work from the ground up to launch a new and better scheme that tackles the core problems instead of unnecessary matters.

Read our article:What are the Major Challenges Encountered by NBFCs & Their Remedies?

In the recent past, the Reserve Bank of India came up with extensive guidelines for the appointment of Statutory Ce...

Finance and credit are crucial for the prosperity of low and middle-income groups. Unfortunately, the majority of t...