Penalties, Suits and Appeals Against the Patent Infringement 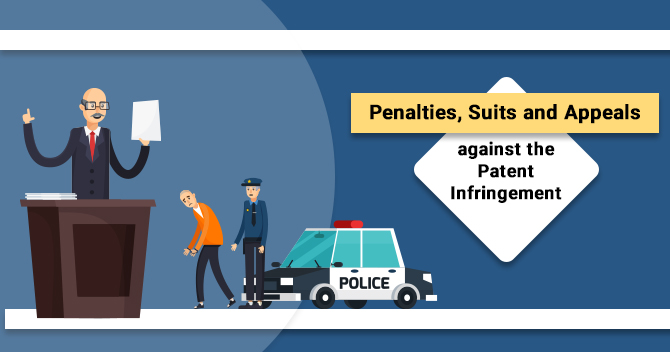 The patent is a legally certified document provides by the government to the person who has made any new invention or modified any old inventions. Patents are awarding of exclusive rights which encourages the inventor for his inventions. However, without the authorization of an inventor if anyone uses his patentable rights, then it will patent infringement.  The key focus of the blog is to discuss the penalties regarding patent infringement, where to file suits and what are the remedies regarding the same.

He shall be liable for the fine which may extend to Rs 10 Lakhs.

Read our article:General Powers of Controller of Patent in India

Suits for the Patent infringement

The court on being satisfied with the reasonable grounds can make a declaration of non-infringement of the patent.

Reliefs in suits for patent infringement

Under section 108, the court may grant the relief in any suit for the patent infringement includes the injunction, damages and accounts of profits. The court can also order the goods found to be infringing or predominant use of which is in the creation of infringing goods shall be seized, destroyed or forfeited and can grant compensation.

Appeals made in case of patent infringement

The Chapter XIX under the Patents Act 1970, deals with the appeals to the Appellate Board.

Section 116– The Appellate Board established under section 83 of the Trade Marks Act, 1999[1] for the purposes of this Act, and Appellate Board shall exercise the jurisdiction, authority and power conferred on it by or under this Act.

Section 117(A)- Appeals to the Appellate Board for patent infringement

The owner of the patent has exclusive rights which cannot be used or infringed by any other person. Until and unless the owner does not assign any right to another person no one can use his patent right as it will amount to patent infringement. The Corpbiz helps in the patent registration and also provides legal assistance regarding the cases related to patent infringement.

Read our article:Specification of Patent in India: A Complete Outlook 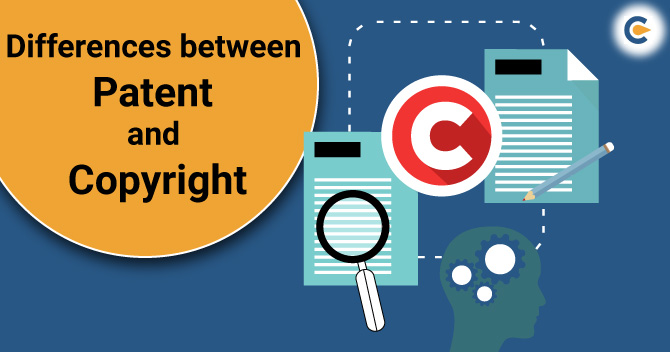 Here are the Differences between Patent and Copyright

Some people have a lot of doubts regarding copyrights, patents, and trademarks. Although these intellectual propert...