NDMC Has No Right to Prompt FOBs to Raise Additional License: FSSAI 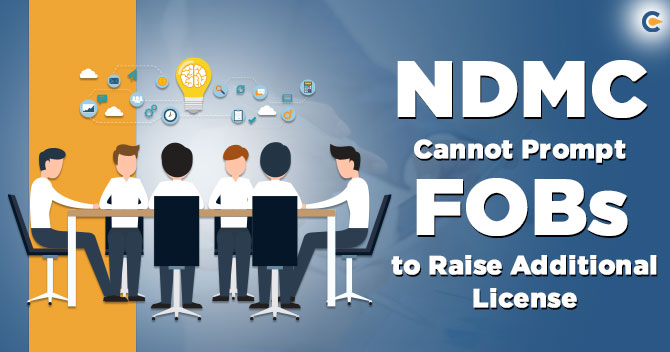 Food safety and standard authority of India has intimated the New Delhi Municipal Corporation regarding the Non-issuance of the additional license to the FBOs. The FSSAI has clarified their stand by explaining that they are the only authority in power authorized to issue a FSSAI license in India. The authority has made a formal request to the NDMC not to restrain the FBOs working in their jurisdiction and to avail additional licenses.

Overview of the Mandates by FSSAI

Reportedly, the New Delhi Municipal Corporation[1] has mandated some additional licenses for the FBOs to operate NCT of Delhi. The form for such a license is available on the online portal of the New Delhi Municipal Corporation. However, the online form only applies to those FBOs who are dealing with the manufacturing, selling, and storage of food and drink items as per the Prevention of Food Adulteration Act.

The FSSAI further rendered the reference of the Food Safety and Standard Act, 2006, which empowers the central and state licensing authorities to issue the food license in India. The authority further draws the attention of the NDMC towards Section 89–” Overriding effect of this Act over all other food-related laws, which states–The said provisions shall not be affected by anything mentioned in any other law which is not consistent with the provisions of this Act.

Interpretation of the Provision: Understanding of Jurisdiction

In the purview of the aforesaid law, the FSSAI authority addressed NDMC to promptly look into the matter and retrain the services of issuing the additional food license to FBO working under their jurisdiction. Furthermore, the authority also directs NDMC to communicate with them in case if they issue the aforesaid license to FBOs for any other purpose.

The FSSAI assures the NMDC to share its database for the licensed FBOs in case if the situation arises. It would help streamline the compliance and regulatory burden on FBOs and promote the ease of doing business. The decisions will help the FBOs to confront one authority for the issuance of a license instead of two. This further makes the registration process less stressful and more transparent.

A direct license from the FSSAI is sufficient to meet the needs, and no requirement for the additional license must be forced and make the registration process more convenient and transparent.

Read our article: FSSAI Rolled out SOPs for the Refund of Erroneous Payments for Licenses or Registration

Procedure for Getting Online F...

Food safety and standards Authority or FSSAI is an autonomous body established under the Ministry of Heal...

Food Tiffin Service in India is one of the most successful running services in our country where people travel diff...