Learning / FSSAI License / What is National Food Security Card, and How to download it?

What is National Food Security Card, and How to download it? 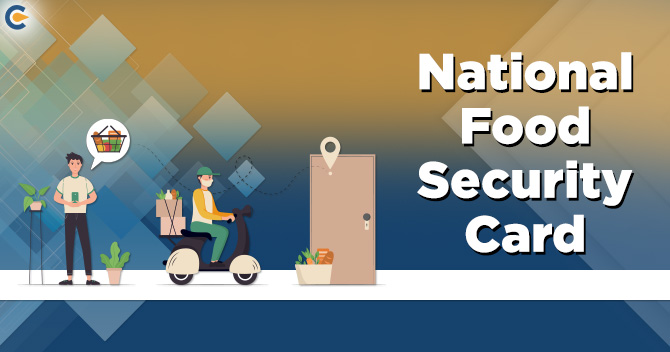 National Food Security Card is a legal document through which cardholders get permission to obtain various types of commodities like sugar, rice, LPG, Kerosene, and fertilizers at subsidized rates. Also, it is known by the name of the Food Security Ration Card[1]. If your mind is all set to take benefit of this scheme, you must link your Aadhaar Card with your Ration Card.

Consumers living in Maharashtra, Gujarat, and Andhra Pradesh would get benefitted from the facilities provided under ‘one nation one ration card’ scheme. Those families who have food security cards can proceed to purchase rice, wheat, or several other food grains at subsidized costs. Families would get the liberty to purchase from any ration shops, which has shown their acceptance towards the ‘one nation one ration’ scheme. There are several ways in which the ration card can come into use.

With over 25% share in global markets, India has earned the reputation of the world’s largest rice exporter. India is known for producing more than 23% of entire rice production on a global level. ‘One nation one ration card’ scheme would grant benefits to the ration cardholders to get food grains at subsidized prices. For this reason, you need to use the National Food Security Card to utilize this opportunity.

Downloading the National Food Security Card is not a big deal, all thanks to the straightforward, stepwise guide that we are providing below-

Step 1– In the step first, you need to open the EPDS Telangana Website.

Step 2– After that, you will get to see the menu on the right-hand side of the same page.

Step 5– You need to pick your district in this step.

Step 7– In case if your name will appear in the Telangana Ration Card list, then you will be meeting the eligibility criteria to download National Food Security Card or Food Security Ration Card.

Step 8– Follow all the steps mentioned above, and you will be able to download your National Food Security Card.

Telangana people with a white ration card have been getting the facility of portability, as it assists them in buying food grains at subsidized rates from any fair price shop across the state. After the scheme of ‘One Nation, One Ration’ gets launched, the same facility can get availed in the state of Andhra Pradesh via POS machines. Going by the official reports, we concluded that near about 2.80 crore consumers enjoyed the benefit of the ration ease in Telangana. The time it requires to process your National food security card is 30 days.

Read our article:A Detailed Guide on Penalties under FSSAI Act

The mandatory documents to obtain National food security card are-

Latest Updates on One Nation, One Ration Card System

Understand the One Ration One Nation Card System by an Example

In the currently running system, a ration cardholder can go ahead for purchasing foodgrains from an FPS that she receives in the locality where she lives. However, changes will take place after the functioning of the One Nation One Ration Card scheme on a national level. How things would work is shown below-

For instance, when beneficiary who belongs to the Basti district of Uttar Pradesh and lives over there which has moved to Mumbai in search of work. Currently, she is incapable of buying subsidized food grains from a PDS shop in a nearby locality in Mumbai. However, the promising scheme of One Nation, One Ration Card, would help the beneficiary in buying food grains at subsidized prices all over the nation.

The government is behind extending the ‘One Nation One Ration Card’ system in all the states of India as it would lead to the portability of the National Food Security Card all over India. This scheme will provide benefits to ordinary people along with National Food Security Government. If you crave more information on this topic or look for the FSSAI license, we at Corpbiz will do the needful for you.

Read our article:Enforcement of the FSS ACT – An Overview 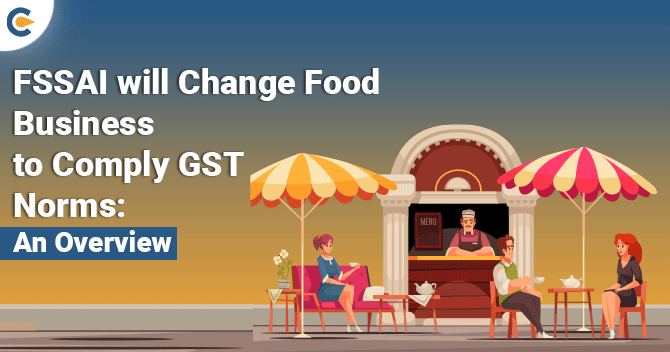 The Food Safety and Standards Authority of India (FSSAI) remarked that it would reclassify and rearrange food busin... Know About FSSAI Registration in India for Operating Food Business

FSSAI Registration in India is important as it ensures the safety of food products supplied or manufactured by othe...