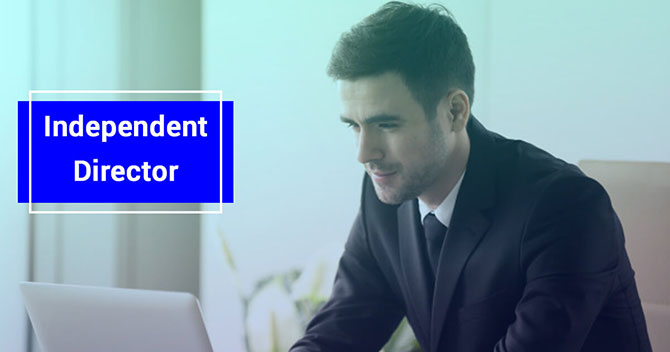 Amendment in Rules of Independent Directors

The Corporate Affairs Ministry has in addition introduced the Companies Accounts Amendment Rules, 2019 which has now made it a compulsory requirement to additionally disclose in the Company’s Directors’ Report. Therefore, as part of its Directors’ Report, the company is now obligated to give a statement concerning the Board’s opinion with respect to integrity, proficiency and experience (including the expertise) of the independent directors who are appointed throughout the year. The term “proficiency” here refers to the independent director’s proficiency as determined from the self-assessment proficiency test conducted online by the institute as notified under Section 150 (1) of the Companies Act, 2013 i.e. in the Indian Institute of Corporate Affairs (“IICA“). He should clear this test with 60% marks and within one year time period counting from the inclusion date of his name in the data bank and on his failure, his name shall stand removed from the data bank of the IICA.

What is the Role of an Independent Director?

They are responsible to examine, monitor and report the performance of management concerning aims and objectives as has been agreed in the meetings of board. They are obliged to preserve all the stakeholder’s interests most importantly protect the interest of the minority shareholders.

What are the Criteria of Appointment of the Independent Director?

As per Section 149(4) of the Companies Act 2013, and Rule 4 of Companies (Appointment and Qualification of Directors) rules 2014, following class or class of Companies are required to appoint the Independent Director-

NOTE – If in case, the Unlisted Public Company is a joint venture, a wholly-owned subsidiary or a dormant company, the company will not be required to appoint Independent Director.

What should be the Qualification of Independent Director?

Criteria of qualification also relate to the company’s business (i.e. other Disciplines and fields)

What is the manner and selection process of Independent Director?

As per Section 150(1) of the Companies Act 2013, Independent Director may be selected from a data bank of the eligible and willing person maintained by the agency. Further, the agency shall put data bank of the potential independent directors on the website of the MCA[1] or any other website as notified. Proper Due diligence process must be exercised before selecting a person, as an Director.

Approval by the members in the General Meeting – Appointment of Independent Directors has to be approved by the members of the company in the general meeting.

Fees payable – The agency may charge a reasonable fee from the applicant for the inclusion of his name in the data bank.

Read our article:What are the Types of Share Capital? – Detailed Overview

Remuneration of the Independent Director

The Remuneration of Independent Director is covered under Section 149(9) of the Companies Act 2013 which deals and provides that notwithstanding anything contained in any other provision of the Act, an Independent Director shall not be entitled to any stock option and may receive remuneration by way of fee provided under section (5) of section 197. Reimbursement of expenses done in the board or other meetings and profit related commission as may be approved by the members.

Remuneration of the Independent Director is subject to the provision of Section 197 and 198.

What are the functions performed by the Independent directors?

The process for appointment of Independent director should be independent and autonomous of the company’s management. The requirement of this proficiency self-assessment online test shall ensure that there will be appointment of only qualified Independent Directors on the Company Board.

Thus, the rule is expected to have Independent Directors with diverse skill to serve and do the compliance of the rules of the Companies and to impart rationale decision essential to encourage the maximum standards of corporate governance.

Read our article:Provisions for the Allotment of Securities by a Company

Shelf Prospectus as per Compan...

Subsidiary Company is a company that is owned (Fully or partly) and controlled by another company. When a company e...