GST Exemption on Satellite launches for Encouraging the Domestic Launch 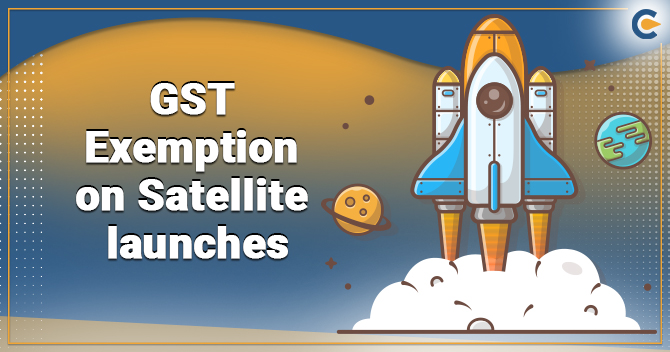 The GST exemption on satellite will facilitate to protect the local satellite industry and further develop home-made launch capabilities without the upfront GST burden and give it a level playing field. The Central Government with a motive to encourage domestic launching of the Satellites by (ISRO) Indian Space Research Organization[1] and Antrix Corporation (the commercial arm of ISRO), the GST Council has determined that the 18% of GST will entirely be scrapped. The startups which are developing satellites will not be liable to pay GST now when they choose the Indian launch vehicle.

However, it was not made clear whether the relief shall be extended to private launch companies. All private firms in this sector have said that there will not be the level playing field if such a thing does not happen.

Notification of GST exemption on Satellite by GST Council

A notification by the GST Council dated 16th October 2020 aims to amend Notification No. 12/2017 Central Tax (Rate) 28th June 2017 providing exemptions on supply of services under the GST Act. The Serial number 19C is added in order to excuse the Satellite launch services offered by Indian Space Research Organization, Antrix Corporation Limited, or New Space India Limited. The startups that are manufacturing satellites to launch will be exempted from the GST now when they choose for an Indian launch vehicle.

The declaration demonstrated to be an encouragement to those Satellite making startups that were earlier obligatory to opt for foreign rockets for the preliminary satellite launch. Remarkably, earlier a launch services offered to foreign companies were paradoxically qualified as “export of service” that is exempted from the levy of GST rates. So it is now cheaper for the Indian-origin or Start-up ventures to record the business in the foreign country and launch it using the ISRO rockets as a foreign customer.

In year 2018, the Falcon 9 rocket of company Space X, owned by Elon Musk took off its 1st space flight, which carried 70 satellites from a total of 16 countries including one from India called Exceed SAT 1, that turn out to be a first ever private satellite from India.

Benefits of this GST exemption

The GST exemption on satellite will further protect domestic satellite industry utilize capabilities of home-grown launch without an upfront GST burden & give it a level playing field. However, they have not mentioned anything about the private launch companies such as Sky root. If that is the situation (meaning if a specific relief is not extended to private launch companies), then it is against an equal opportunities.

It will directly facilitate the creation of the whole new system of satellite players in the Republic of India. Now, the base is at the equal level and the domestic satellite business will be encouraging the entire space of ecosystem said one of the founders of Agnikul Cosmos. The small rocket maker is organised together for launching of satellites from that small vehicle.

Future of Satellite Launches Services after the GST Exemption

This latest declaration will form a way for the future launches by the domestic launch pad and offer companies to play in field at an equal level. Nevertheless, India requires a government merit for grants and funds, as same as is the case in Finland and Japan.

Presently one Indian private company – Satellize, has the satellites initiated into orbit. While the primary launch was on board of the SpaceX rocket, the second was by the ISRO as they also have two launches in this year. The global launch costs for per Kg of payload which is low as compared to ISRO which has high in cost but now a because of the GST exemption on satellite it will help to gain global position for ISRO.

It is made clear that an GST exemption on satellite launch will facilitate to protect a local satellite industry develop home-made launch capabilities without an upfront GST burden and give it a level playing field. This move will encourage domestic launching of Satellites by the Indian Space Research Organization (ISRO) and the Antrix Corporation (a commercial arm of the ISRO).

Read our article: List of Goods and Services where GST is Applicable: Latest Rates Impact of GST on Merger and Acquisition: Things you must know!

The Indian economic reforms have created a lot of scope for mergers and acquisitions both in the domestic and globa... 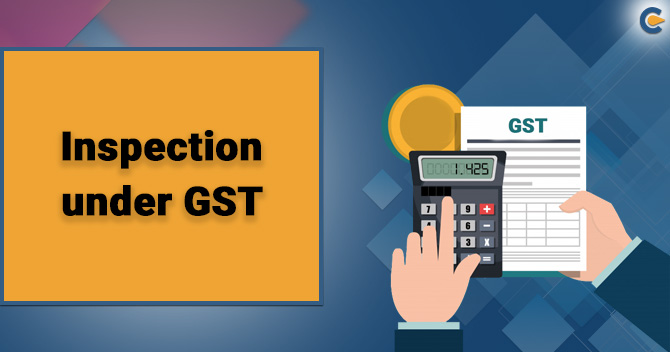 Inspection under GST: A Concise Study

In order to conduct inspection under GST, officers are granted with various rules and powers. The implementation of...