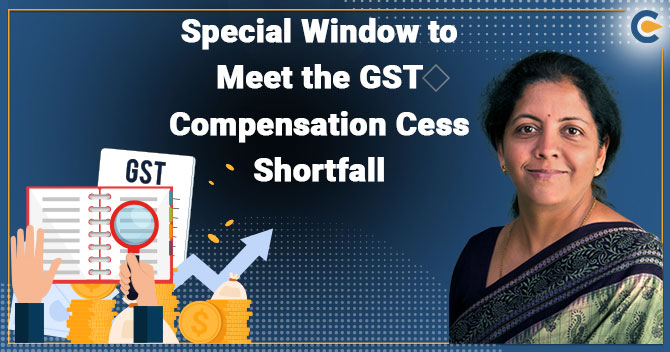 The Ministry of Finance has opened the Special Window to States for meeting the GST Compensation Cess shortfall. Under the Option-I States were to be provided with a Special Window of Borrowing of ₹1.1 Lakh crore, and over and above that, an authorization for additional Open Market Borrowings of 0.5% of their GSDP.

Key Highlights of the Special Window

Read our article:Latest: Selective Applicability of GST Regulation by AAR

All about GST Compensation Cess

It has been decided that central government will initially receive an amount and then pass it on back to back to states as loans. As this will enable ease coordination and simplicity in borrowing apart from ensuring favourable interest rate. Hence, it said, the quantum of resources available for state is sufficient to meet an entire amount of compensation which would be likely to payable this year.

Read our article:GST Can’t be Imposed on Services Provided By Court Receiver

Insights on the Provisional At...

Provisional attachment of property under GST is mainly concerned with the protection of the interests of the revenu...

NGOs now have to open and maintain a FCRA account in (SBI) State Bank of India's New Delhi main branch at Sansad Ma...