US, EU and Indian Patent Laws: A Comparative Study Expansion of technology and developments in industrial techniques, which are so vital for the monetary welfare of human civilization, depends largely on the growth of inventions which are capable of industrial application. With the intention of encouraging the invention and manufacturing of new invention and developments in existing invention or the manufacturing processes of the invention, a system of granting a limited authority to the inventors in return of the disclosure of the invention to the common public at large has developed in almost all the countries.

Hence, the above mentioned is the genesis of Patent Law worldwide. Usually, the basic principles of Patent law are generally the same all over the world; certain differences exist mostly in the procedures of each Patent system. However, a few aspects related to Patent Law have been harmonized globally, but there remain many significant differences between the US, EU, and Indian Patent Laws system. In the article, we will do a detailed comparative study of the US, EU, and Indian Patent Laws.

What is the historical background of the US, EU, and Indian Patent Laws?

The historical background of the US, EU, and Indian Patent Laws are as follows:

The very first Patent statute of the US was enacted with the primary object entitled “An Act to promote the Progress of Useful Arts.” The Patent statute passed in the US was a very brief Act that included seven sections. The statute also specified the essential requirement to include “any useful or valuable art, engine, manufacture, machine or device, or any development therein not known or used before.”

The power for granting of patents is vested with the Patent Office. A Patent is granted for a term of up to 14 years for inventions that are “sufficiently useful and important” for the country and its people. The Patent Office will grant the application for Registration of Patent only when the grantee has submitted a complete specification describing the invention or creation to the Secretary of the State at the time of grant of Patent.

After becoming a member of the Paris Convention US, there were primarily two progress in the US influencing the expansion of Patent Law in the country. The two primary progresses were the Evarts Act of 1891 and the Sherman Act of 1890. In the year 1952, the US adopted the structure of modern Patent Law and which led to several amendments in the Patent law structure of the country. The modern Patent law of the US is Title 35 of the United States Code, which also governs all cases in the United States Patent and Trademark Office (USPTO).

After the independence of India in the year 1947, the country still followed the old British Law related to Patents. The British Law was followed until the year 1965, a Patent Bill was placed before the Parliament of India and later on the Bill was passed as the Indian Patent Act of 1970. The Indian Patent Act, 1970[1], came into force on April 20, 1972. The 1970 Act was further amended in the year 1999, and the Patents (Amendment) Act, 1999, got President’s assent on March 26, 1999.

In the year 1995, India joined the World Trade Organization (WTO) and hence, automatically became a signatory member of the Agreement on TRIPS (Trade-Related Aspects of International Property Rights). To meet the requirements of TRIPS, India needed to amend its current Patent law subject to certain transitional allowances under Article 65 of TRIPS provided for developing countries.

Read our article:Restoration of Lapsed Patent in India: A Complete Overview

What is the different basis of comparison between US, EU, and Indian Patent Laws?

The different basis of comparison between US, EU, and Indian Patent Laws System are as follows:

First to Invention or First to File

There is a difference in the grace period provided to the inventor under the US, EU, and Indian Patent Laws. In the EU and India, the application of Patent will be rejected, if the invention of a person had become available publicly in any way before the application of Patent was filed in the Patent Office. The Publicly availability of a Patent includes a public sale, public use, a publication, giving a lecture about the invention, showing the invention to an investor without an agreement of non-disclosure, publication of an invention in a magazine, or any combination of such acts. The person doing such acts will not make a difference whether the person is the inventor himself/herself, one of the inventors, or any independent third party.

The legal systems of US, EU and Indian Patent Laws have certain features in common for the inventions of persons to be Patentable in the respective countries. The features which are common for the US, EU and Indian Patent Laws are the Novelty, Non-obviousness, or inventive step and utility of the invention invented by a person. In the US the essential requirement of utility is binding in case of utility patents and not in case of other design and plant patents.

The above mentioned is a situation similar to the EU and India, where all applications of Patent are published after 18 months from the date of filing, unless an application of Patent is withdrawn by the applicant. The primary difference is that a request for non-publication cannot be made in India and the EU.

Rights conferred by a granted Patent

Opposition after grant of Patent

Once an application of Patent is granted in Europe, any person has the right to oppose the grant of Patent within 9 months from the date of granting of the Patent. If the granted Patent is found to be invalid by the Patent Office, such Patent will be revoked in all other countries simultaneously.

The Patent Law of India only deals with the Patent Opposition, where the application for Patent has been published, but the opposition should be done before the grant of a patent.

Though the US has a procedure of re-examination, which is not similar to the opposition. In re-examination, any person can present proper reasons and valid evidence to the United States Patent and Trademark Office (USPTO) to challenge the validity of a granted Patent.

There are certain differences in the filing of the application of Patent in the US, EU and Indian Patent Laws. The Patent Offices of the US and India only deals in the English language. However, the EU Patent Offices have English, French, and German as their official languages. An application of Patent can be filed in any language, provided that a translation into any one of the official languages should be submitted within 2 months from the date of filing of the application in other languages.

On thoroughly analyzing the US, EU and Indian Patent Laws, it can be held that the procedure of granting of Patent in India is quite similar to that of the EU and completely different from that of the US. Almost every country has its own law of Patent, and when any person desires a Patent in a particular country, then the person is required to make an application for Patent in accordance with the regulations of that country. The rules of patentability are not uniform across the world. An effort should be made to bring all the Patent laws of different countries in compliance with each other. The person requiring a grant of Patent under US, EU and Indian Patent Laws is required to go through a long-lasting and time-taking process. We at Corpbiz have experienced professionals to guide you with the process. Our professionals will assist and help you throughout the process of grant of Patent. Our professionals will ensure the successful and effective completion of your work.

Read our article:Computer Related Inventions in India: A Complete Overview 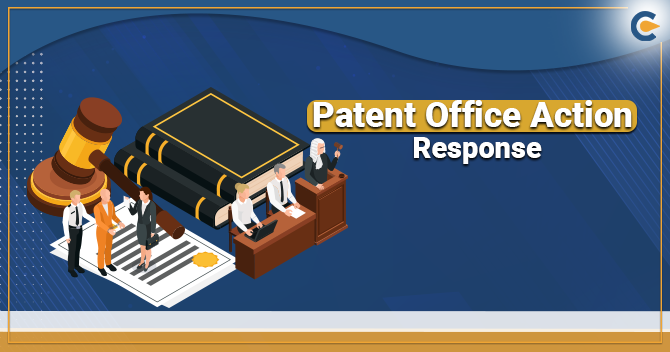 A patent is an intellectual property rights exclusively granted to the inventor after patent registration of an inv... Is It Possible To Patent Food Product In India?

There is a common misconception among the masses that the notion of the patent only revolves around ground-breaking...