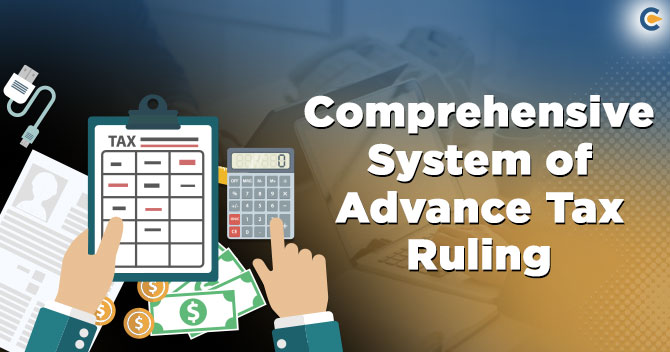 The two-judge bench led by S.K. Kaul and Indu Malhotra recommends the Central Government to consider the effectiveness of the Advance Tax Ruling system. It is also to make it more comprehensive and vibrant tool for settlement of disputes rather than battling it through different stage, whether public or private sectors are involved.

Note: The Supreme Court suggested that a council for Advance Tax Ruling should be based on the Swedish and the New Zealand Model.

The Apex court’s recommendation came in judgment with a 44-year-old dispute between The National Co-operative Development Corporation and the Income Tax department.

The Supreme Court gave two postscripts in writing, in which the Court said that it was required to make a vibrant system of Advance Tax Ruling to reduce litigation, due to exhausting documents which increases between the Tax Department and the assessee. The Supreme Court also hopefully said that both aspects meet deliberation at a suitable level.

Read our article:Government to Levy 5% TCS on Foreign Remittances

While writing the Postscript 1, the court said that the Central Government[1] and the State authorities have been repeatedly emphasized that they have developed a litigation policy. The approach is to bring everything to the highest level before the Court, so that there is no liability in the decision-making process.

The Court noticed that one of the main obstacles to such resolution is that the bureaucrats are hesitant to accept responsibility for making such decisions. The Court said,

“In order to make the system function efficiently, it should be appropriate to have a Committee of legal experts supervised by a retired Judge to give official permission to the settlement so that such hesitation does not come in the way of the settlement,”

It was also emphasized that in the post COVID-19 period, the more serious opinion should be given to Advance Tax Ruling dispute resolution.

The second postscript deals with the issue related to Central Public Sector Enterprises (CPSEs) and Government authorities with taxation matters which is one of the largest areas for litigation for the Government.

The rate of petition of the tax department before the Supreme Court is at 87%. The Court was of the viewpoint that a vibrant system of Advance Tax Ruling can go a long way in reducing litigation related with Taxation matters.

These rules are binding on the Income Tax Department as well as the applicant. And while there is no legal right to appeal, the SC held that a challenge to an advance tax ruling first lies before the High Court, and then before the Supreme Court.

The advance tax ruling can be reversed in the event of a substantial question of general public importance or any similar question already pending before the Supreme Court for settlement. The Court said,

The Court said that the Indian population is entitled to justice, which should be the objective of the Government within the Indian legal system. The Supreme Court while referring to the international scenario where there has been a shift towards tax regime adopting Advance Tax Ruling mechanisms, the bench noticed that the boost in global trade puts the ruling system at the centre for a strong international tax cooperation regime.

The Union Cabinet on 13th March 2020 approved the introduction of a new export scheme called Remission of Duties or...

This Notification has come into force on a date of publication in an Official Gazette which was on 1st Oct, 2020. I...