A Brief Take on Special Economic Zone- SEZ under GST 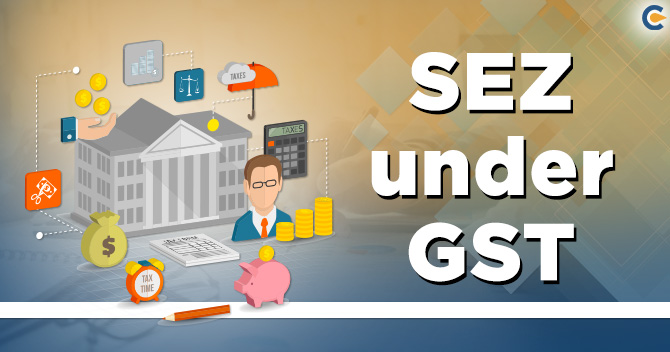 Any supply to or by a unit of SEZ under GST would get acknowledged as an Inter-state supply & there will be the applicability of IGST or Integrated Goods and Supply tax. The spots for Special Economic Zones are within the national boundaries of the country. Although special economic zones exist within the same country, they would get considered as situated in a foreign nation. Units in a Special Economic Zone seek GST registration under the brand-new tax regime.

Those dedicated zones in which businesses have the privileges of simplified legal compliances along with uncomplicated tax provisions are known as Special Economic Zones. As compared to the regular supplies, the treatment for supply from and to Special Economic Zones or SEZ under GST is different. Furthermore, Special Economic Zones don’t get viewed as a part of India. SEZ’s objectives cover increased investment, an increase in employment opportunities, escalating job creation, growth in the trade balance, and proper administration.

Definition of SEZ under GST

In relation to the provisions of section 2(19) of IGST Act[1], the meaning of SEZ under GST as provided in the (clause za) – section 2 of the Special Economic Zones Act of 2005.

In simple language, we can say that supplies into SEZ under GST got an exemption and also get considered as exports. Thus, the suppliers furnishing goods to Special Economic Zones can supply on IGST payment & claim refund of taxes paid. Furthermore, the suppliers furnishing goods to SEZs can supply under Letter of Undertaking or bond without IGST payment & claim credit of input tax credit.

Export and Import Meaning With Respect to SEZ under GST

Transporters need to carry an E-Way Bill under GST at the time of transporting goods from one site to another if the value of transported goods exceeds Rs. 50,000. SEZ supplies get the treatment in the same way as the treatment of other inter-state supplies.

All the SEZ units or developers must follow the same E-Way Bill procedures in the same manner as others from the industry follows. In the matter of supplies from Special Economic Zones to a Domestic Tariff Area or other places, the registered person involved in the movement of goods will be responsible for E-Way Bill generation.

In comparison to the regular supplies, the treatment procedure for SEZ under GST is different. Special Economic Zone Developer/Unit can proceed ahead for undertaking authorized operations defined in the approval letter issued from the end of the Development Commissioner of SEZ. Services rendered to conduct authorized operations by Special Economic Zone are exempt. Our Corpbiz experts would assist you in the process of GST registration and guide you further in case you need our guidance.

Read our article: Synopsis of the Entire Mechanism of Advance Ruling under GST

GST on Food Services and Food...

GST on food services came to the fore, and still, food businesses are unable to adjust themselves according to the...

TDS under GST: A Comprehensive...

TDS under GST is different from TDS under the Income Tax. In additional words, separate TDS Payments, separate retu...