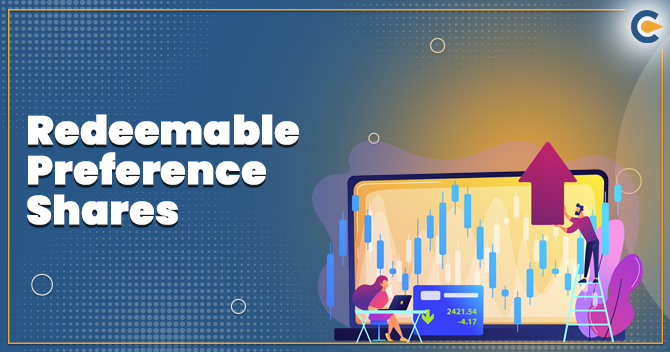 What conditions should be met for redeeming preference shares?

Certain norms have to be met as per Section 48 of the Companies Act, 2013[1], for redeeming preference shares

But, on shareholder’s approval & under the conditions cited under Section 48 of the Act, such terms can be altered. These include share’s redemption at the specific timeline or during a period or at the time the company have ratified.

The particular amount post share’s redemption can be kept as capital reserve & can be used for any bonus on the issuance of shares.

Such amount, in the Capital Redemption Reserve, is considered as Paid-up Capital by the company.

Read our article:Issue of shares on Preferential Basis: A Complete Procedure

Process about the Redemption of Preference Shares

Following are the instructions for redeeming the preference shares

What do you mean by Preference Shares?

There are primarily eight types of shares that exist under preference shares. In case company’s dissolution, any of the eight types are payable before other types of equity. Let’s understand them one by one.

As the name suggests, the cumulative shares allow the shareholder to dividends that may have been overlooked in the past. Dividends act as a reward paid by the company to its shareholder. However, the company is not liable to do so. The company may pay less dividend or not at all for some time, and when it resumes, then shareholder must receive all the dividends in arrears.

Non-cumulative preference shares refer to those shares that allow a shareholder to reap fixed dividend each year from the organization’s net profit. However, if the company fails to pay out dividend on such share in any year, such dividends become inaccessible to shareholders in the future.

Redeemable preference shares are those shares that an organization has agreed it will, or may, redeem at some future date. The shareholder will still possess the right to sell or transfer the same subject to the company’s AOA or any shareholder’s agreement.

Non-redeemable preference shares are those shares that cannot be redeemed during the company’s lifetime. But, the same is not true in the case of liquidation of an asset or winding up of a company.

As the term suggests, the convertible share can be changed into equity shares after a specific timeline or as per the terms cited under the agreement.

Non-Convertible preference share are those shares which are redeemable as per the provision of the Companies Act, 1956, & don’t include a share which is exchangeable with equity shares of the issuer at a later date,

The participating share allows its holder to participate in surplus profit during liquidation once the firm in question has paid it to other shareholders. Therefore, such shareholders receive a fixed dividend and possess a share in the firm’s extra earning. Most people invest in such shares of those firms where the likelihood of profit is seemingly high.

An agreement related to the preference share primarily encloses the given features.

As the name suggests, non-participating is a counterpart of an erstwhile share. Its holders won’t get a share in the firm’s extra earnings during the liquidation or winding up. The owner of such shares would only have access to pre-fixed dividends.

Hopefully, this blog has strengthened your understanding of the paradigm of Redeemable Preference Shares. You can reach out to our expert’s panel by commenting in the message box for further clarification.

Read our article:Issue of Preference Shares without Public Offer: A Complete Procedure

A Complete Overview on Compens...

After getting over with the complete company registration procedure, it has been observed that employers are the ma...