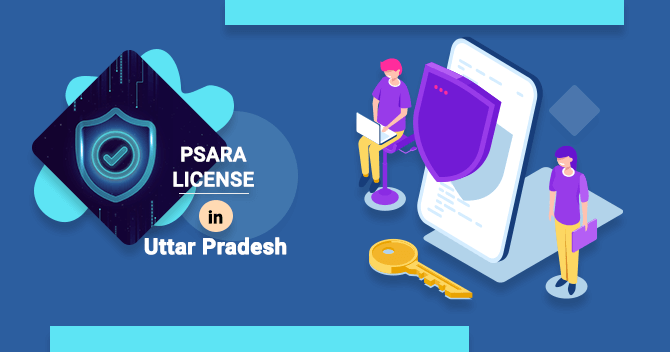 What is PSARA License?

All the operations of private security agency business in India are regulated by Private Security Agencies Act, 2005[1]. The said Act states, that if a person or agency is willing to set security business in India needs to obtain the PSARA license from controlling authority.

An Individual, Partnership Firm, One Person Company, LLP, Private Limited Company is qualified to apply for PSARA License.  The qualified company can make an application to the concerned state competent authority for registration of Private Security Agency.

What should be the name and object of applicant?

The name of the entity should contain the word security service or any other related word, which can represent the object. Where applicant is a company, Memorandum of Association must contain ‘Providing of Security Company’ as its main object of the company.

What should be Director’s eligibility?

Director should be an Indian resident, who should have sound financial standing (Required to submit a copy of ITR). Person should not be sentenced for any offence and ought to have a perfect precursor past.

The applicant must have entered into an MOU with the institute or organisation engaged in providing training to the security guard. The institute should be approved by the state controlling authority. In such training programs, special relaxation is being provided to the ex-servicemen.

As per section 6(2) of The Private Security Agencies (Regulation) Act, 2005[2], PSARA license will not be issued, if an entity is not registered in India, or having proprietorship or a majority of shareholder, partners or Director of outside India.

Persons not eligible for PSARA license

According to Private Security Agencies Act, 2005, a person shall not be eligible for issue of a license under this Act, if he has been—

A company, firm or an association of persons shall not be considered for issue of a license under this Act, if, they are not registered in India, or having a proprietor or a majority shareholder, partner or Director, who is not a citizen of India.

Note: Draft in the Name Of ‘NIYANTRAK PRADHIKARI/A.D.G. L&O UP. LUCKNOW ‘.

No such person can be appointed as a security guard who has been convicted by a competent court or who has been dismissed or removed on the grounds of misconduct, during his govt. Service tenure.

Cancellation or Suspension of PSARA License;

The Controlling Authority may cancel any license on the following reasons;

Corpbiz is the current market leader in providing and renewing the PSARA License. If you are also planning to commence the business of security agency or you want to renew your license, feel free to contact us.

Can Startups Benefit From MSME...

The Micro-Small and Medium Enterprises (MSME) is primarily defined in terms of their investment size. In the contex...

Over the years, there has been a tremendous increase in the establishment of new ventures due to which the demand f...