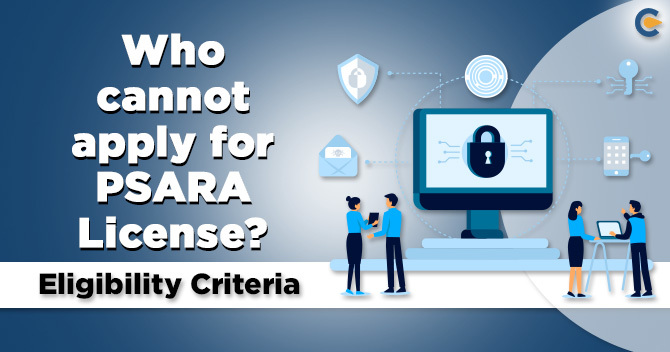 Private Security Agencies are those who are involved in providing security services, and it also includes training of Security Guards. The company or an individual cannot commence a business or provide security services without having a valid license. It is necessary to obtain a license from the concerned State Authority. Even if PSARA is centrally controlled by the Ministry of Home Affairs, still the Authority to issue the license is vested with State Government. PSARA License is issued to operate in more than one district of the states. If anyone aspires to have Security Business in Multiple States, then they need to make a separate application in each state and have to comply with the respective State procedure.

Who are not eligible for PSARA License?

The Indian nationals are eligible for PSARA license as an Individual/Firm/Company, except the one who falls under category mention below –

Eligibility to be a Private Security Guard under PSARA Act

When is a Security Guard not eligible?

The person who is not eligible as a security guard under the Act is:

Preference to a person as a Security Guard

Each State Governments has an official ranked above, or the same as Joint Secretary must be appointed as the Controlling Authority (CA) for the state. The Controlling Authority has the right to issue, regulate, renew or cancel licenses of the security agencies. A private agency, therefore, requires permission from the Authority to function and provide security in the respective state. Also, the Act provides power to the State Government to bring into action rules governing the provisions of the Act.

Following are the forms which come under PSARA.

The government has recently launched Private Security Agency Licensing Portal, with the features of a single-window system for licensing across the nation. It is linked with the Integrated Criminal Justice System (ICJS) for antecedent verification and online payment of licensing fees, along with facilities of e-sign to simplify the process of PSARA License. However, some of the States have accepted the Online Procedure, whereas some States are still in the process of acceptance.

Any Indian Company or the Firm or Association of Persons is qualified to get a Private Security Agency permit. An Individual, LLP, Partnership Firm, One Person Company (OPC), or a Private Limited Company can make an application for PSARA License and Registration to the Competent Authority of a concerned state.

On behalf of the Company, the MOA must contain the clause of Providing of Security benefits as one of the main Objects.

The police confirmation for the candidate is required. They should be a Resident Indian and must not have been sentenced for any offense.

The candidate for a PSARA License must go into an MOU with foundation or an association as affirmed by the state controlling expert to grant preparing to the security protects. There is unwinding to the preparation necessities for ex-servicemen.

The PSARA License don not allowed an individual to keep Links with association or affiliation, restricted under any law or by an administration request to ensure National Security, Public Order, or to keep any movement that is biased to National Security.

As per 6(2) of The Private Security Agencies (Regulation) Act, 2005[1], it spreads out that the Security agency license or PSARA license will not be issued in the event that it is not enrolled in India.

The interest for private security administrations has expanded consistently among the general population to insure themselves against the diverse sorts of wrongdoing. It prompted expansion of private security services. To protect against the hostility towards the national components, the legislature has directed to regularise security services through Private Security Agencies Regulation Act (PSARA), 2005. 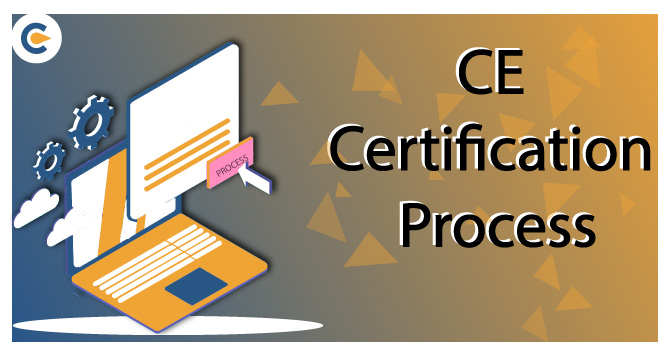 All you need to know about the CE Certification Process

Do you ever feel like your product should available in a wider market? Imagine expanding your customer base to a po... 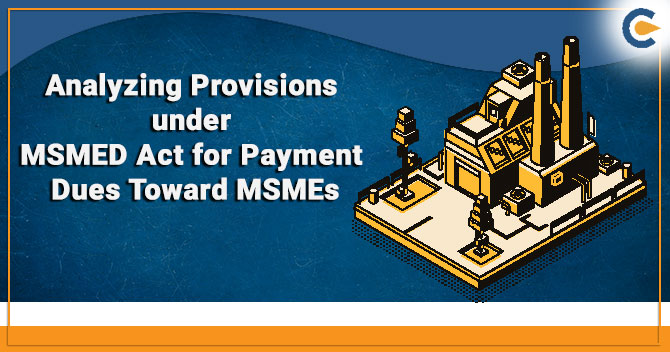 Analyzing Provisions under MSMED Act for Payment Dues Toward MSMEs

The MSMED Act, 2006 was introduced on 16th June 2006 by the Indian government via notification in the official Gaze...