Process to close a Private Limited Company in India 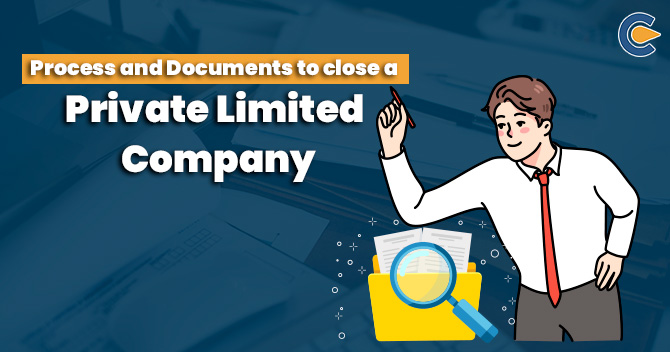 Running a business isn’t a straightforward undertaking as it revolves around a number of unseen challenges. Series of unsuccessful years seldom compel businesses to quit their operation and opt for winding up. Following are the legitimate ways to close a private limited company in India.

Selling of the Company

Selling off a privately held company also falls under the voluntary winding up. It can be achieved by selling the company’s shares. Generally speaking, it is not referred to the actual winding up, but the stakes are mobilized to another party or company, and the majority shareholders are discharged of their liabilities and stocks. This is a viable way to close a private limited company in India.

Compulsory Winding up is another legitimate way to close a private limited company in India. Any registered entity is falling under the Companies Act[1] , which committed an illicit act or even if they contributed any action in unlawful undertakings, then such company would be wound up mandatorily by the Tribunal.

Compulsory winding up entails the given steps:

Following are the eligible parties or entities who can file the petition:

Form WIN 1 or WIN 2 is used for filing the petition in court. It should be submitted in triplicate. The petitioner is required to attest Form WIN 3 (an affidavit) with the said petition.

All the documentation attested with the petition ought to be audited by a practising CA. The statement of affairs should be filed in Form WIN 4 in duplicate, which must be approved by an affidavit in Form WIN 5.

Step 3: Advertisement for at least 14 days

The petitioner must publish the petition in a daily journal at least for fourteen days in the regional and English languages. Form 6 is required for publication purposes.

Step 4: Proceedings of the Tribunal

The order pertaining to winding up shall be made in Form WIN 11. The winding-up order shall prescribe:

If the Tribunal finds the account legitimate and in order and all the underlying conditions have been met, the Tribunal would pass the judgment directing the petitioner to accomplish dissolution formalities within sixty days of receiving the application

After the judgment has been passed, the Registrar shall share notification to the Official Gazette confirming that such a company is dissolved.

Let us proceed to next method of winding up under which officials can voluntarily opt to close a private limited company in India.

Voluntary Winding Up for closing a Private Limited company

Voluntary winding up entails the given steps:

All the procedures mentioned above shall be filed in a standard form. It must be noted that the name of the wound-up company remains inaccessible to other entities for two years from the date of wound up. The format for multiple forms and elaborate procedures relating to winding up is cited in the Companies (Winding-up) Rules, 2020.

An Overview on the Defunct Company Winding Up

As per to the Companies Act, 2013, a defunct company (non-functional entity) refers to a company that has gained the Dormant Company’s Status. Since these entities lack adequate financial support and do not have access to financial transactions, India’s government renders plenty of relaxation to them.

The Company Act, 2013 has underpinned the winding-up procedure of a Defunct Company. A Dormant or Defunct company can be subject to winding up with a fast-track procedure. For this, submission of the STK-2 Form is required.

The STK-2 Form must be filed with the respective ROC, and the same must enclose the signature of the company’s director having the permission of the board to do so.

For the rationale of this scheme, a defunct entity refers to an entity that has:

The process of winding up adheres to a copious amount of paperwork and endless legal requisites. This is why it is fair to get in touch with someone who has expertise in this specific area to avert any chances of application rejection and process delay. Corpbiz is well-versed in winding-up legalities and is fully aware of ever-evolving compliances that revolve around it. You can connect with Corpbiz’s associates to avail of professional-grade assistance to close a private limited company, anywhere in India.

Read our Article:Why Company Registration is important for small businesses? 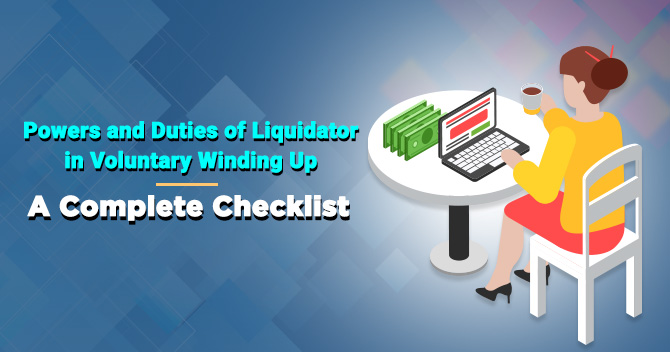 The role of Company Liquidator in winding up of Company is to ensure a fair distribution of assets of the Company t...