Pizza Hut Franchise in India: Everything you Need to Know 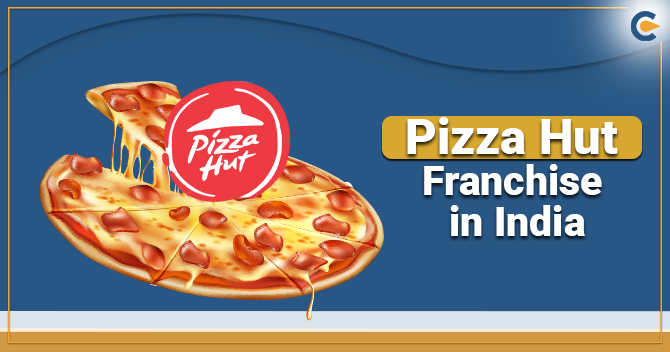 The age of globalization has made it possible for people to have food from different nations. For years Italian Pizza has remained one of the favorite cuisines for the Indians. And when it comes to Pizza, there is no way one can overlook the dominance of a very popular brand- Pizza Hut.

The company is being praised by millions of the customer millions worldwide for its exotic ranges of pizzas. Besides offering the varieties of pizzas to the end-users, Pizza Hut also offers a sustainable business opportunity for those who wish to earn long term income without breaking a sweat. In this write up we would talk about the Pizza Hut Franchise in India and its growth prospects from a business standpoint.

An Overview on the Pizza Hut’s Business Standing

Pizza hut has been in the Indian market for more than two decades. Since then, it has witnessed exponential growth, which is roughly accounted for 40%/ annum. At present, Pizza Hut has 400+ stores across the nation, and it is projecting to double this figure in the next five years.

After offering fierce competition to the rivals, Pizza Hut has secured the second position in India with a market share of 27%. The figures above imply that availing of the Pizza hut franchise is a profitable proposition for anyone seeking a stable revenue source.

Read our article:How to Start a Patanjali Franchise Business in India?

As per the market standards, an applicant seeking a Pizza Hut franchisee must have a minimum area of 1000-1500 Sq Ft to open the outlet. The request for the franchise may be revoked in case of non-compliance with such a requirement.

The following table represents the list of locations in the franchises that are eligible to operate:-

Next comes the investment cost for obtaining the Pizza Hut Franchise. The amount of investment needed to depend on the type of franchise that one wishes to invest in. Presently, Pizza Hut offers three types of the franchise in India. They are as follow:

In such a form of franchise, Pizza other dish servers are available for carryout and dine-in services. The individual will require an investment of around 25 to 30 lakh rupees to secure such a type of franchise.

Carryout services deal with the off-premises consumption, meaning that under this system dine-in facility will not be available. The applicant needs to arrange a capital of 15 lakh to secure such a franchise.

This is somewhat a complete form of the franchise under which all services prevail, such as dine-in, carryout, and delivery. An individual intending to obtain such a license needs to invest around Rs 20 lakh rupees.

There are two mandatory expenses to operate Pizza hut Outet in India, those are as follows:-

One has to submit a royalty fee to Pizza Hut, which will be accounted for 6% of the gross sales of the franchise every month.

If a person wishes to become the owner of this franchise, he or she has to submit monthly advertising fees, which account for 4.25% of the gross sales of the franchise.

The disclosure of the Pizza Hut details with the employees is subjected to a specific legal obligation. While setting up a term of the agreement, employees are bound to sign the same for maintaining the confidentiality of PHI’s trade & proprietary information.

The term relating to franchise would be 5 years from each licensed premise. PHI may agree to extended timeline, but in no scenario will the term-end more than 10 years from the commencement date.

Although the profitability of any franchise depends on its performance and footfall, an individual can still expect a profit of 20,000 rupees every month.

How to Obtain Pizza Hut Franchise in India?

There is a pretty simple and straightforward process to obtain a Pizza Hut franchise in India. The individual seeking Pizza Hut franchisee needs to head over to the company’s site & fill the relevant e-form as per requirement. The application form seeks plenty of information from the applicant regarding personal and official detail.

Once the applicant successfully submits the application form, the company will scrutinize the same for any loopholes. An applicant might come across a series of background checks and in-person interviews. The whole process would complete in the period of 10 to 12 weeks. If the applicant gets the company’s approval, it can take around 3-9 months to open the store based on the business’s size & location.

Pizza Hut has a training protocol for its employees of the franchise. Rather than stressing on a conventional training regime, the company renders job training to the employees for a timeline that can last for 8-12 weeks. The company also renders support in two forms i.e., business support and marketing support.

Under business support, a franchisee can participate in conventions along with other franchises & reap actionable insights. Meanwhile, under the marketing support, the company allows the franchisee to leverage its branding potential.

When it comes to Pizza, only one name strikes our mind, which is Pizza hut[1]. With the company’s objective of increasing its outlet in the next five years and having more than 14k delivery drivers, it is not difficult to perceive the path of immense growth that Pizza Hut is likely to reap in the future.

Therefore, if a person is more inclined to do his own business, especially in the food sector, Pizza hut is undeniably one of the best alternatives. Therefore, it was all about the Pizza Hut Franchise in India. Feel free to comment down just in case if you need some additional information on the same.

Read our article:Food Franchise Business in India- Everything You Should Know

How to Start a Patanjali Franc...

Patanjali Ayurveda promoted by Baba Ramdev, is a leading brand in the market. Within a few years, Patanjali has dis...

Franchise based business model has gained immense popularity in India in the past few years. The enormous customer...