What are the Vital Prerequisites for Setting up Franchise Business in India? 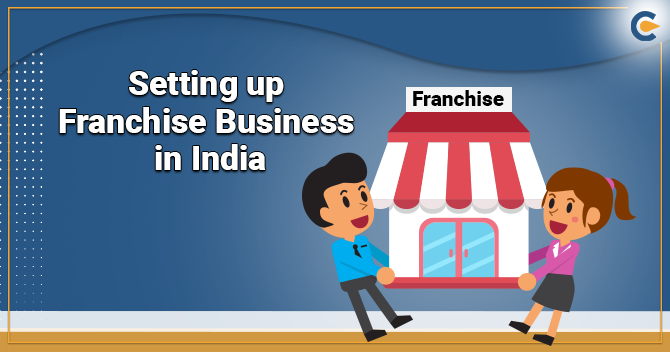 There are few important requirements for setting up Franchise Business in India for your business’s growth and prosperity, which are explained below in detailed:-

Niche identification is one of the important tasks for every aspiring entrepreneur looking to step into the business arena. While you finally decided to get started with the franchise business, make sure to select the business domain that can serve you well both in terms of sustainability and revenue generation.

It is advisable that you must conduct an in-depth study of the market and city-specific to make an informed decision. Keep in mind that the trending niches are more vulnerable to fierce competition.

Read our article:MedPlus Franchise in India: How it can helps Startup to Grow?

Once you are done with the niche selection, make sure you avail legal permission from the Ministry of Corporate Affairs[1] (aka MCA) immediately after entering the franchise contract with the concerned company. If the franchise is located beyond the Indian Territory, make sure to hire a professional firm that would assist you overcome the complications in the primary stage.

Once you met the requirements above, take over the ownership legally. It is advisable that, amidst the legal processing, arrange the legit witness to avoid any legal contradiction with the franchisor in the future.

Here comes the most vital aspect for establishing a franchise business in India. You would need a different type of licensing and registration to operate seamlessly within the legal framework. For example- if you are dealing with a food chain business, then you would require obtaining the FSSAI license without any exception.

Human resources also play a pivotal role in running the business operation of the franchise in India. So you must comprehend the number of workers that will be needed to support the operation. As an owner, you also require to get accustomed to the employees’ roles and duties so that the hiring protocol can run seamlessly.

Understanding the tax implications is essential for any business owner. So we would like you to stress the same and understand the different types of taxes that apply to your business.

From custom tax to GST, the range of taxation is quite broad in India, so it is imperative to comprehend the layers & prepared accordingly. During this stage, you can also figure out the best possible way to avert heavy taxation.

This is imperative for those entrepreneurs who are dealing globally. Their initial investment is generally made in overseas currency, while the first earning is in Indian currency.

So it is essential to get a better understanding difference of currency value before commencing the business operation. It will offers accurate insight into profit and loss.

Franchise Agreement and the Franchise Disclosure Document (FDD) are the two primary documents that one needs to draft to set up a franchise business in India.

A Franchise Disclosure Document (FDD) should be drafted in compliance with the existing law. As per the law, the franchisor is not liable to sell the franchise until it provided the prospective franchisee an FDD.

At present, there is no separate law that governs the franchised businesses in India. Thus, franchise agreement largely remains contractual in nature, thereby making the franchisee agreements immensely important in the business fraternity.

Moreover, based on the nature of franchise arrangement & the industry in which the franchise executes its operation, several other laws can impact franchise business in India. Basically, every franchising relationship act as a contractual-based relationship and thus, such business activities comes under the ambit of Indian Contract Act, 1872.

Relevancy of Indian Contract Act for Drafting a Franchise Agreement

As per the Contract Act, a contract refers to an agreement that is enforceable by law. Every franchising agreement must ensure conformity with below mentioned criteria to be legally enforceable. Following is the list of elements that laid the foundation of the contract:-

In a nutshell, the franchise is a robust business model that mitigates the franchisee’s liability to confront all the losses that are more prevalent with other business forms. Franchise in India is emerging as a growth-oriented business form for the entrepreneurs and startups that are unwilling to encounter prominent risks upfront.

The low investment and limited compliances make the franchise a successful business model in India. Drafting a franchise agreement is the work of a professional, and it should not be carried out without the supervision of a franchise consultant. So it’s important to stay under the ambit of the professional for completing the legality associated with the Franchise business. Feel free to consult CorpBiz’s experts if you would like to proceed with expert’s intervention for setting up Franchise business in India.

Read our article:Food Franchise Business in India- Everything You Should Know

Are you aware that almost 95% of the global population is dealing with potential health disease? And more than 60%...

Big Bazaar Franchise: It is pr...

Are you looking forward to setting up a business that ensures long-term sustainability along with consistent revenu...