Why is Patent Protection failing to serve its purpose in Pharmaceutical Sector? 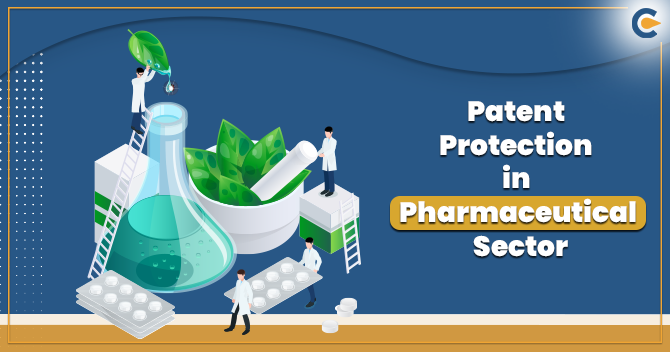 The Global pharmaceutical industry, operating worldwide leverages the patent system to protect their best interest. Despite being attached to a strong legal framework, the patent system has been distorted oftentimes. Patent protection has been negatively influenced by pharma companies for the sake of fiscal benefits.

The so-called lobby system in our country is held responsible for the uneven pricing of the drug and illicit profit distribution. It’s the public who pays the price of such an unlawful act by purchasing the medicine at a considerably higher cost. In light of the above statement, let’s find out why patent protection is failing to serve its objective in the pharmaceutical industry.

What are the Key Objectives of a Patent?

Typically, a patent serves two purposes; one- it sparks up the interest among the manufacturers to escalate their research activities and address the problematic areas. The second motive is to advocate the broader good of the nation. The time span allotted for the exclusive use of new technology was intended to be considerably short, with the masses gaining the benefits in perpetuity. As such, the patent was primarily designed to stimulate not only the interest of its creator, but also growth of the nation.

Why the Patent Process is failing to serve its Core Objectives?

The purpose of the patent process & the balances between the dual objectives has been distorted over the past decade.  Increasingly, pharmaceutical companies are not pouring enough money in Research and Development proportional to the profits they reap from the medicines they rolled out in the market, in spite of their struggle on the contrary.

Instead many drug producers have found that it is conducive from a fiscal viewpoint to both acquire the right to develop drug by others or buy out a medication already present in the market, and raise the price. As a result, the patent protection has now restrained and failing to serves its core objectives.

How to Safeguard Ideas in the Absence of a Patent?

Obtaining patent protection is a costly affair, and oftentimes new ideas might possess non-adherence with patent protection qualifications. Henceforth, in such circumstances, you might need to look for another alternative to safeguard the idea. The following strategies would help you overcome that dilemma and might prove beneficial in protecting your ideas.

Make sure to conduct in-depth research before hiring any third-parties to serve this purpose. Make sure to secure substantial evidence regarding the company’s track record to determine its performance in the concerned area.

Why Does the Drug Industry Need Patent Protection More Than Ever?

Patent protection is nothing short of an asset for the pharmaceutical companies finding it hard to safeguard their ideas. Large pharma corporations spend billions of dollars every year for the development and testing of new medicines.

Technically, the patent registration remains valid for 20 years. The said timeline is enough for the Pharma Corporations to recoup the funds they invested for developing the drug. Furthermore, the patent protection system prepares the roadmap for further development by ensuring the commercial incentive for the firm. However, the aggressive lobbying by the bigger organization and agencies has undermined its credibility to a considerable extend.

The patent protection has yet to emerge as primary options for the drug manufacturers for securing the IPR of the newly developed medicines. Since, patent can allow the companies to skyrocket the price of their medicines; the government has to step in to inculcate new provision in the Patent Law. This not only allows the masses to pay less money for the new drug but also enables the companies to improve their credibility over the course of time. The government should consider revising the policies under Patent Act to get more and more drug manufacture on board. This would enable the manufactures to pour in a substantial amount of money to develop new drug and enjoy long-term benefits.

Connect with CorpBiz if you still have some queries in your mind regarding this topic. Use the comment section to share your views or question, and we will try to respond to them promptly. You can also have verbal communication with our professionals in case if you seek some expert-oriented advice on government-based registration and license. We are one-stop destination for government registration and licenses in India.

Read our article: Lets Understand the Abuse of Patent Right with respect to Drugs

What is the Difference between...

A patent is an intellectual property rights exclusively granted for invention. A sovereign authority is authorised...