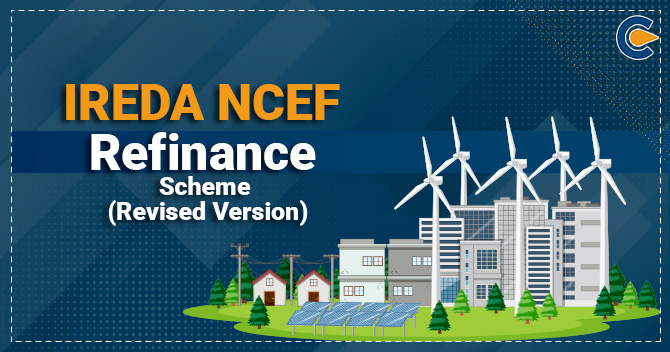 The scheme envisages reviving the operation of the current projects dealing with the Biomass Power & Small Hydro Power by reducing the funding cost via refinance at the concessional interest rate, with funds secured from NBEF, i.e. National Clean Energy Fund.

Scheduled commercial banks and financial avenues would stand eligible for the refinance scheme. IREDA would handle the entire affairs of this scheme and has the sole authority to pinpoint the availability and refinance’s the extent

The scheduled commercial banks /FIs shall be required to meet the given parameters to qualify for the refinance scheme:

* In the case of combustion oriented Biomass Power, the projects of more than 10 Mega Watt may also be taken into account, but the refinance sum will be limited to the threshold as per pro-rata basis upto 10 Mega Watt only, subject to maximum refinance sum that can be secured as per the scheme, i.e. Rs. 15 Crores.

** Subject to max. refinance sum that can be secure as per the scheme, i.e. fifteen crores rupees.

The given categories of entities/promoters/projects shall stand ineligible for the refinance scheme.

a) Declared wilful defaulters, in accordance with the RBI regulations

b) Declared Non – cooperative borrowers, in accordance with the RBI regulations

d) Company with a net profit in view of the latest Audited Balance sheet/ Annual Report shall stand ineligible, [Companies with Net Loss fit to the scheme despite having the Cash Profits at the disposal]

The SCBs/FIs intending to secure refinance scheme should provide the following documentation;

Following the approval and arrangement of the legal documents, including the security for refinance, the SCB/FI may apply for the release of refinance w.r.t eligible outstanding loans post-commencement/revival of the project. The application shall furnish particular relating to the eligible loans disbursed and the outstanding amount by the SCB/FI w.r.t which refinance is being sought from IREDA.

Read our Article:TAC Certificate for Automobile – An Overview

The Occupational Safety, Health and Working Conditions Code, 2020 was initiated in Lok Sabha by Minister of State f...

An Overview of the Union Budge...

The Ministry of Finance, Nirmala Sitharaman has laid down the most anticipated Union Budget 2021-2022 on February 1...