Learning / Taxation / Goods and Service Tax / Impact of GST on Merger and Acquisition: Things you must know!

Impact of GST on Merger and Acquisition: Things you must know! 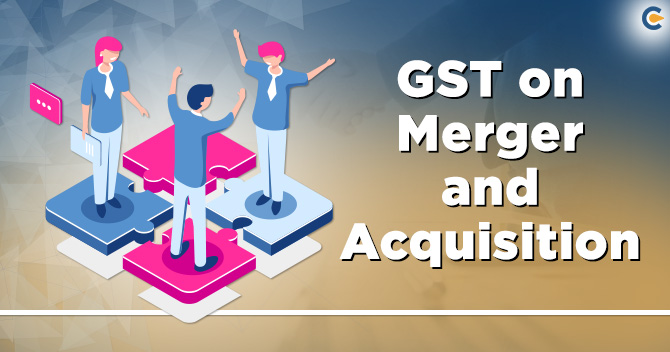 The Indian economic reforms have created a lot of scope for mergers and acquisitions both in the domestic and global markets. In today’s commercial scenario, M&A has gained considerable significance as companies compete with each other on the national and international levels. Companies opt for mergers to restructure their organization and expand their market presence; companies take over other companies as part of acquisitions.

The practice of Merger and Acquisition

It can take place through the following ways –

Reasons behind the Merger and Acquisition

Various reasons for Merger and acquisition are as follows:-

The foremost reason for Mergers and acquisitions is that the company desires to create synergy. By the amalgamation of two business events, overall performance efficiency tends to increase.

Sometimes companies merge to diversify their activity through amalgamation. Two companies may join in emphasizing its creation and service to improve competitive control over other companies providing the same goods and provisions.

A corporation may not produce through internal development, but completed over a merger, which is an inexpensive and less risky process company can seek its growth. An alliance can allow the acquiring company to grow the market without doing any investment or lifting. Acquiring a company can buy a competitor’s business at a specific price, which is also known as a horizontal merger.

Merger and Acquisition allow eliminating many future competitors and can also give access to a larger marketplace share. With these, businesses will be able to save their publicity expense, which can lead to reducing the value of the product, and the consumer can also get benefit from the reduced rate.

The procedures of Merger and Acquisition

One of the most common acquisition methods is through a merger where two companies merge to form a single company.

It is a process where, whereby the business/undertaking of one company is demerged into the resulting company.

By acquiring the share of the target company by the acquirer, acquisition can be made.

It’s a type of sale of business or undertaking whereby a vendor as going concern to an acquirer, without any specific value being assigned.

Read our article: A Complete Overview on GST Registration for Service Tax Holder

There are different categories of Merger, which are as follows:-

This Merger type takes place when two same kinds of companies in direct competition and share the same market and product combine.

Vertical Merger is known to be between customer, and company or supplier, and company. This means before the Merger, and there were a potential buyer and seller relationship.

Generally, a merger between companies with different business areas has no typical relationship of anyway. Kinds of Multinational merger are – Product Extension Merger, Market extension Merger and etc.

Impact of GST on Merger and acquisition

The impact of GST on Merger and acquisition is not very clear as it is a complex subject requiring deeper introspection. There is some clarity on how the GST tax is levied on the sale of the assets. The purchase of assets can be made either as an itemized sale or as a slump sale.

GST taxation is quite clear when it comes to the itemized sale, but how a slump sale will be treated is still not clear. An itemized sale would mean the sale of assets and liabilities where each item’s value is known along with the amount of goodwill and liquid cash, etc.

Under GST, this can be treated as a supply transaction and can be easily calculated. But the GST Act does not clearly say whether the transfer of a business in the case of slump sale would be taxed or not. As per experts, there will be no GST on Merger and Acquisition in case of slump sales.

Companies initiated mergers with their subsidiaries before the implementation of GST on Merger and Acquisition.

Big multinational companies in India to save tax and reduce overhead costs hurriedly merged with their subsidiaries before GST’s implantation. This was done to avail excise duty incentives that would have become immaterial under GST.

This move lowered their multiple legal implications and helped to reduce compliance costs. The impact and effect of taxes are of primary concern for companies going in for mergers and acquisitions.

Registration under transfer or acquisition

Under section 22(3) of the GST Act[1], when a business is supported by a taxable person registration is transferred, the transferee or the successor would be liable to be registered with effect from such transfer or succession and will have to obtain a new registration with effect from the date of such removal or inheritance. The inputs and capital goods so transferred must be duly accounted for by the transferee in his books of account.

Inter-Company transactions during the intervening GST on Merger and acquisition

The intervening period refers to the period between the appointed date (date from which business of the transferor vests with the transferee) and the effective date (when the Court order is submitted to the Registrar of Companies. In the case of mergers and acquisitions with retrospective effect, two companies should be considered as a single entity from the appointed date. Thus, any transaction of goods and services between the selected time and effective date should be regarded as a transaction with oneself.

According to Section 87 of the GST law, two or more companies are treated as distinct companies up to the date of the court order, implying that the transactions between them during the intervening period are liable to GST’s impact on Merger and acquisition.

In case of a merger of two or more companies, the transferee shall be liable to be registered, with effect from the date on which the companies’ registrar issues a certificate of incorporation. Further, Rule 41of the GST Act says Form ITC -02 is required to be submitted by the transferor furnishing complete details of the sale, merger, acquisition, etc. During the process of GST on Merger and purchase, both transferor and transferee need to determine the provision of transfer of liabilities. CorpBiz shall be happy to serve you well for any issues regarding Merger and Acquisition along with Complete GST Compliances.

Read our article: A Complete Guide on Eligibility Criteria for GST Registration 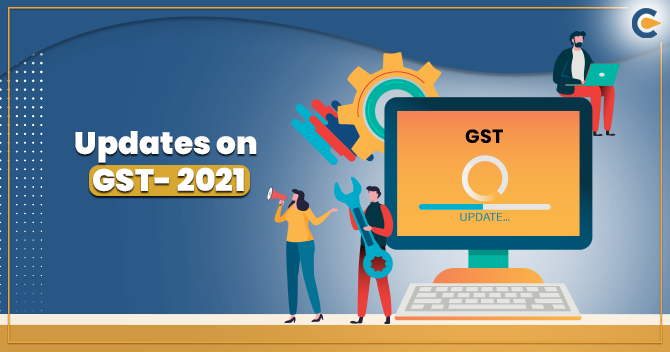 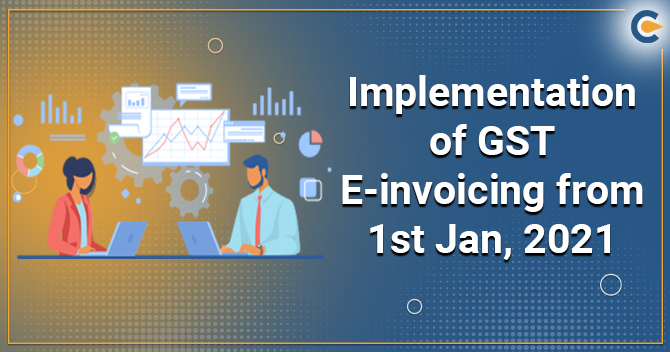 From 1st April 2021, the businesses whose turnover is well above Rs 100 cr would have to opt for the GST E-Invoicin...