Unfurling the Impact of GST on Banks and NBFCs There is a noticeable impact of GST on Banks and NBFCs. Not only these sectors but also GST effects are visible in varying proportions on all the industries and sectors. After GST implementation, the functioning of banks has witnessed many changes. The taxation system has gone through a considerable shift from the current tax regime. GST regime emerged as a powerful replacement for the prevailing taxation system, and it has removed the cascading effect of taxes. NBFCs businesses should look for obtaining GST registration in India.

In comparison to the trading or manufacturing sector, the impact of GST on Banks and NBFCs will be up to a greater extent. We can’t turn our face against the fact that among the various services that banks and NBFCs provide, different types of financial services like fee-based, fund-based, and services concerning the insurance sector would observe a vital turnaround.

Taking into account, the operations that banks, as well as NBFCs, render like hire purchase, loans, lease transactions, fund along with non-fund based actions, etc., GST compliance will face difficulty on the implementation part. The framework under Model goods and service tax law does not serve the banks and NBFCs with many benefits and consideration on a belief of the various types of transactions that they have made on a regular basis.

Note: Earlier, the tax was 15% before GST, and after GST implementation, it has become 18% as a GST rate for rendering the services.

Impact of GST on Banks and NBFCs

Impact of GST on Banks and NBFCs would get observed in the form of changes in assessment and adjudication. Earlier, the process of the assessment would get completed by the respective state regulator who has backed the registration of the individual branch. The need of the hour for the registered branch of banks and NBFCs is to legitimize their position on the applicability in all the respective states and objective behind the utilization of ITC in numerous states.

In addition to this, several adjudication authorities are actively involved under goods and service tax. Due to the good number of opinions and variations in opinions on one holding issue, delay in adjudication will occur. In the current scenario, a single adjudicating authority is responsible for adjudging a taxpayer on the involvement of an issue. In the GST cover, the different adjudicating authorities will look at the same issue from a different perspective. Further, we are bound to say that one adjudication authority in the pre-GST period was convenient, fast, and worthwhile for banks.

Leveraging and De-leveraging of ITC

Read our article: Clarifications made by CBIC regarding GST on Director’s Remuneration

Merits of GST for NBFCs and Banks

Issues Relevant to the Revenue Recognition under GST

The entire impact of Issues Relevant to the Revenue Recognition under GST is on the basis of the points presented below:-

Here, the place of supply of services will be the service provider location. It will hit organizations which are spreading their wings in the remote locations to put their presence in place but looking for operating and performing their transactions from a back office, present in any other state.

The place of supply is going to be the location of the receiver of the services on the supplier services records. It’s not going to be easy to recognize the state of location of the service beneficiary in the centralized as well ad digitized conditions existing in India. The service provider is likely to have a different address, i.e., current address, KYC address, permanent address, and the communication address in those cases in which various service recipients such as traders, professionals, manufacturers, and workers who look for better opportunities and thus, they leave one place and visit another site.

Actionable claims don’t account as a service under Service tax, and thus, under the current regime, no tax is payable. Actionable claims have now become a part of the definition of supply of goods under goods and service tax. Now, those services that get rendered from discounting of bills to securitization will be taxable in an impact form B2B as well as B2C crucially.

The overall reconsideration of the transactions, operations, compliance, as well as accounting, will take place with the significant impact of GST on Banks and NBFCs. GST registration has benefitted the functioning of NBFCs businesses in India.  As the expectations suggest that further details will emerge, challenges in managing customer profiles, leading IT systems to not only operate but also capture data, etc. would come across the financial sector. IT systems must be careful enough to sort out the issues related to GST compliance.

Read our article:A Complete Overview on Participation of NBFCs in Insurance Business 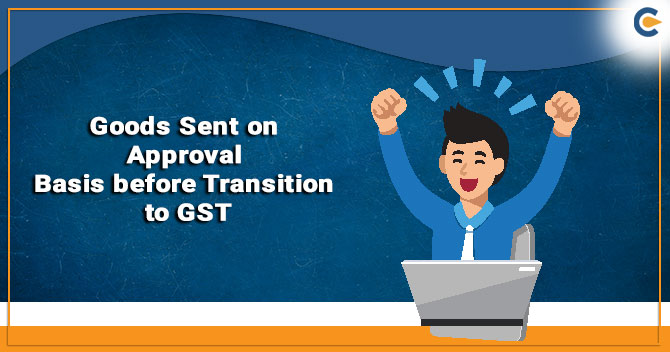 Goods Sent on Approval Basis before Transition to GST

It is a common business process to send goods on approval basis. Hence, many times these goods are returned by the... 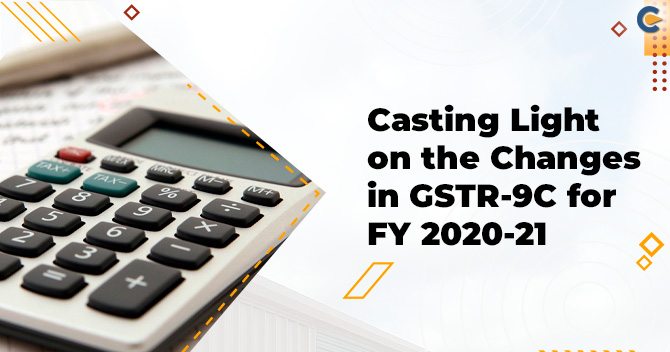 GSTR-9C refers to an annual GST reconciliation statement that has undergone significant changes in the year 2021. T...