NGO and IGO: Things you need to know 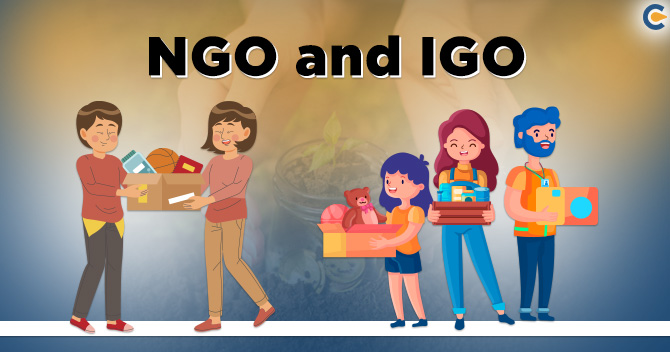 There is a general misconception among the people that NGO and IGO are identical entities. This blog will address this area of concern and shows key differences between these two entities. So, before we dive into the main topic i.e NGO Vs IGO, let’s start the proceeding with the basics.

NGO Vs IGO: What is the key difference?

NGO serves underprivileged personal that are either not getting basic amenities or seeking prompt financial aid to cater to a mishap w.r.t health or other matters. IGO, on the contrary, serves a different concept altogether. IGO is formed by the collective effort of three or more countries to address mayhem, such as a pandemic, loss caused by natural disasters, and international conflicts.

Read our article:A guide on Legal Compliance for NGOs in India

NGO and IGO: Things in common

Generally speaking, IGOs are set up by their membership and purpose. For instance, the United Nations, aka UN is recognized as a global organization because all countries have permission to secure its membership. Currently, there are 192 member states in the United Nations[1].

IGO and NGO are two separate entities. NGO is creating value on the front of humanity and peace. Whereas IGO’s are more into resolving critical matters that occur on a global scale. Both NGO and IGO can operate in different verticals and serve different purposes. If you are one of those who are trying to get into NGO related work, then you need an NGO registration. If you are a newbie in this regard, then it’s recommended going for expert advice. Do not forget to drop your queries in case if need some clarification in the context of NGO Vs IGO.

Read our article: Civil society and NGOs: Things you need to know

An Outlook on NGO DARPAN Regis...

The NGO DARPAN was previously maintained by former Planning Commission, which was later replaced by the NITI Aayog...

The Accounting Standards apply to NGOs, even if some of their activities are not so commercial or of business natur...