Compulsory FASTag to New GST Return: Rules Got Changed from 2021 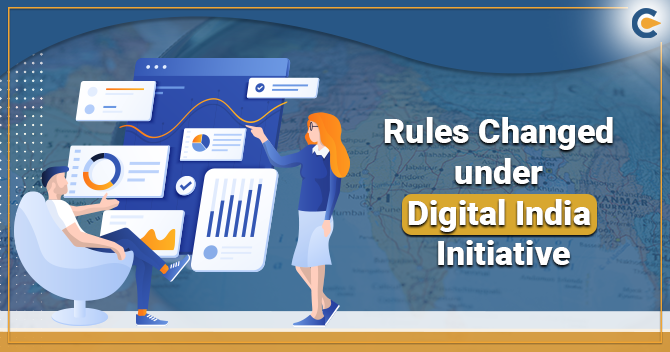 The government of India is about to unveiled FASTag and the new GST Return System in the purview of the Digital India Initiative. These steps are expected to carry forward India’s dream of full-fledged digitization. In this blog, we would explain the functionality aspect of these systems which serves several benefits along with it.

As per the latest report, FASTag will become mandatory nationwide from February 15, 2021. The road transport ministry has extended the deadline for FASTag applicability on four-wheelers till Feb 15, 2021, compared to the previous deadline which was Jan 1.

The Union Ministry of Road Transport & Highways[1] previously issued a notification confirming the nationwide applicability of FASTag for all 4-wheeler vehicles from Jan 1, 2021. FASTag has become compulsory for M &N class 4-wheelers sold before Dec 1, 2017. For this, some amendments were made by the government in the Central Motor Vehicles Rules, 1989. The ministry rolled out the notification related to this on Nov 6.

How does the FASTag System Work?

As the Vehicles with FASTag approaches the toll plaza, an electronic reader using radio frequency identification (RFID) technology scans the bar code and instantly deducts the toll amount. This mitigates the necessity of stopping the vehicles at the toll plaza; thus ensuring negligible traffic conjunction.

The RBI has come up with the “Positive Pay” system for cheques from January 1, 2021. Re-confirmation of the mandatory details will be required for cheque payment amounting more than Rs 50,000 under the system. The cheque’s issuer has to render detail such as date, cheque number, account details, etc.

Reserve Bank of India has increased limits for contactless card payments amounting form Rs 2000 to Rs 5000. However, user’s discretion is applicable under this scenario.

More than 9 millions of small businesses have come under the regime of quarterly (GST) return filing facility. These firms having sale up to INR 5 crore has to file only four return manifesting the entire detail of the transactions in the new regime rather than 12 that are filed on monthly basis.

GST return system encloses simplified return forms to ease out the filing procedure across GST taxpayers. The new return structure would have one main return GST RET-1 & 2 annexures such as GST ANX-1 and GST ANX. The taxpayers are required to file this return on the monthly basis. However, this does not cover the small taxpayers who can choose to file the return every quarter.

Dialing Zero for Connecting to Mobile Calls from Landline

The department of telecommunications has mandated to prefix zero for all calls made to mobile phones via fixed lines. The rule has been in effect since 15th of Jan, 2021.

WhatsApp would no longer remain compatible with some platform from Jan 1, 2021.  The WhatsApp page consolidates the list of devices that duly supports its platform.  According to the official page, the following devices can run the WhatApps with ease.

Hike in Two-Wheelers and Car Prices

India’s biggest car brand Maruti Suzuki will escalate the prices of its cars from the month of January. The automobile players like MG Motor and Renault India has also confirmed about the hike in price of their offering in the New Year. Renault India has assured the hike of Rs 28,000 on the selected models.

Meanwhile the two-wheeler giant Hero MotoCorp  has confirmed to increase the price of its  offering not less than  INR 15,00 from the month of Jan, 2021 to compensate the loss incurred by rising input costs.

Year 202o has brought the massive shift in the Indian economy due to innumerable reasons including the Covid 19 outbreak. The aforementioned measures taken by the government is in the best of interest for everyone. The decision related the FASTag give the ample time to the four wheeler’s owner to get registered without being enforcing to pay penalties on toll plaza, enabling the smooth traffic throughout the roadways.

Meanwhile, the inclusion of GST RET-1 & 2 annexure such as GST ANX-1 and GST ANX-2 would expect to further simplify the filling procedure. The hike in the automobile prices is certainly not the welcome move by the manufacturer as it would enforce the masses to further delay their buying decision.

Coupons and Vouchers under GST...

Since the Pre-GST period, the taxability of gift coupons and vouchers under GST are not considered as unlawful clai...