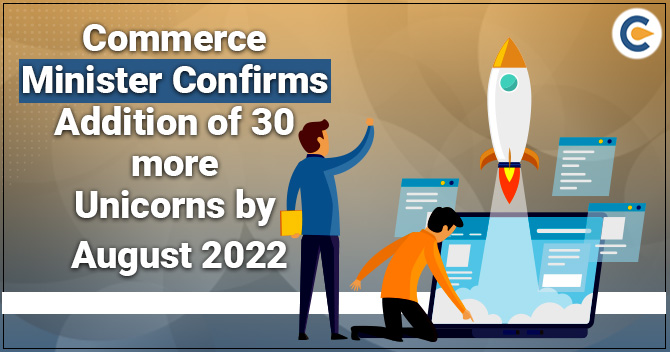 In a bid to boost the Indian startup ecosystem, the GOI is taking productive measures such as resolving the angle tax problem, simplification of self-certification, and tax procedures. This confirmation has made by Piyush Goyal, Commerce and Industries Minister, at the event conducted by Nasscom.

Goyal further added that till now, over 26,500 compliances had been simplified. Additionally, almost 770 offenses have been decriminalized. He further added that the government has managed to add 43 startups to the elite unicorns club since March 2021 and around 30 are still in the pipeline to become unicorns by August.

According to Goyal, the Open Network for Digital Commerce (ONDC[1]) would ensure interoperability between e-commerce entities and provide small & large organizations an opportunity to reach the common man.

Statements made by Commerce Minister regarding NSWS

National Single Window System is a ground-breaking platform for investors from different industry domains. NSWS has overcome the inconvenience of reaching out to various authorities for securing necessary permits to set up a business. By clubbing major authorities under one umbrella, NSWS seeks to revamp the traditional way of fulfilling compliances for starting a business. The GOI is making constant efforts to make this portal more reachable and accessible for potential investors. Further, in view of the above statements, it seems that the startup’s ecosystem shall get a consistent boost from the government. The relaxations above would come as a great relief for startups grappling to address the tax and other necessities to sustain their growth.

The (CBIC) Central Board of Indirect Taxes and Customs has issued clarification on the restrictions for availment o...

In the Union Budget presented on 1st February 2020 by our Honorable Finance Minister, there have been dynamic and a...