How to apply for Liquor License for your Restaurant 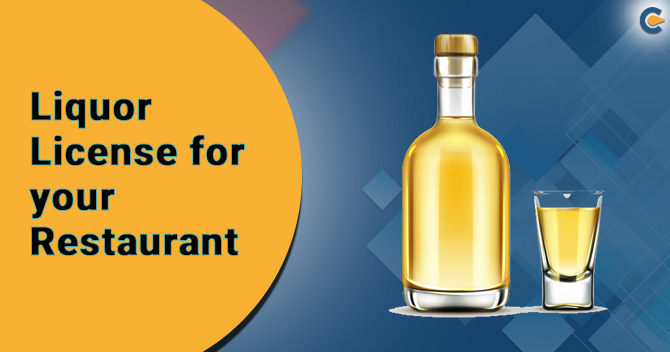 Restaurant liquor in a bar, a pub, a hotel, and so on is legal, only if the seller holds a valid liquor permit, which is called a liquor license. The state department in charge of approving this license is different in each state across India, but it is regulated by the government. Furthermore, different cities have certain restrictions that are particular applies to them.

Every state has its own set of rules for restaurants for liquor and alcohol consumption and age restrictions. However, the government forbids home delivery of alcohol. It has to be solely bought physically from a licensed shop. Therefore, it is important to understand how to apply for a liquor license for your restaurant.

Types of Liquor Licenses for Restaurant

There are four types of Liquor Licenses found in India for a restaurant. It largely depends on what kind of liquor one has to sell, and how much profit one will derive from it. The following as described below:

This is the license one needs to acquire if the restaurant owner intends to sell only beer and wine to the customers. Sale of any other kind of liquor or distilled spirits of other kinds is prohibited. Normally, small restaurants acquire this type of license.

If the restaurant owner has in charge of making their own beer and wine, a brewpub liquor license is required. Some states also require a separate license altogether in order to serve this beer or wine to the customers.

This type of liquor license needs to be acquired by a restaurant owner where half of the business is derived by selling alcohol and the other half by selling food items. However, this license is functional only in some states. Depending upon the state government’s regulations, it might not exist at all.

Application Process for a Liquor License for your Restaurant

Read our article:How to Get Hookah Lounge License in India? – Process & Fees

Renewal of Liquor License for restaurant

The liquor license, once granted, will last for a year from the date of issuance. Normally, a restaurant owner needs to renew the restaurant’s liquor license every year. The renewal application is filled, followed by the payment of the prescribed fees for the renewal. It is advisable that one must be familiar with all these costs in detail before starting their restaurant. This would safeguard against the unforeseen finances.

However, there are chances that sometimes the liquor license can be revoked by the authority if one is found guilty of selling alcohol on dry days as prescribed by the state or selling alcohol to underage customers or might not following the guidelines that have been laid down by the local authorities.

Documents required to apply for a liquor license for your Restaurant

Liquor Laws across the Indian states

The cost of alcoholic drinks is also varied from one state to another state. For example, the liquor tax rate is different in states from the rates in union territories. It means that the overall price charged for the same alcoholic drink has a possibility of varying from state to state.

In India, selling of liquor is one of the best profitable businesses for the Hotel and Food business Sector. It helps to boost the profit margin because of the low labor and high demand. In a legal context, Liquor License is a permit granted by the State Excise Department[1] to them who wants to sell or distribute alcoholic beverages or drinks at a particular restaurant or hotel. Everyone has to apply for a liquor license who wants to sell beer, hard drinks, etc. keeping in mind that every state has a different set of rules and regulations governing liquor that requires to be followed.

How to get a Liquor License in...