How one can save the project from Rejection by RERA Authority 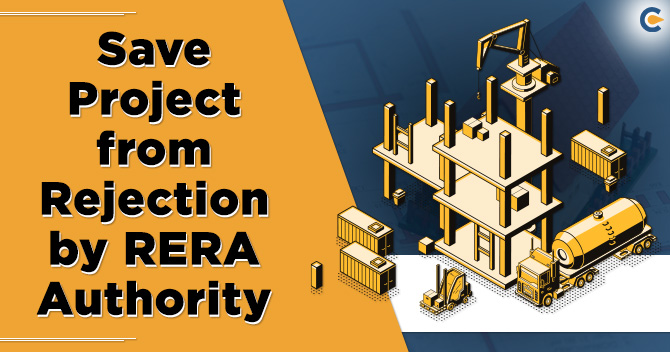 Read our article:Guide on RERA Registration for Real Estate Agents

Avoiding Rejection by RERA Authority, these provisions need to be followed

The RERA Act, 2016, was introduced to cut the developers’ malpractices and protect the homebuyers with the Act’s provisions. However, the developers, promoters, and agents need to ensure that they follow the Act’s rules and provisions and that failure to comply with the provisions can attract penalties and rejection by RERA of the project application.

The compliance must be followed under the RERA Act, 2016[1]. If it has not been done properly, some of the queries can be asked by the officers.  In case the queries have not been cleared by the developer or the promoter, then the application for the registration of the project can get canceled. The Rejection by RERA authority can also trouble the allottee in the project. At Corpbiz, we help our clients with registrations without any problem and unnecessary effort.

Read our article:All You Need To Know About RERA Registration Process

The transfer of title means the act of transferring ownership of the property from one person to another. The promo...