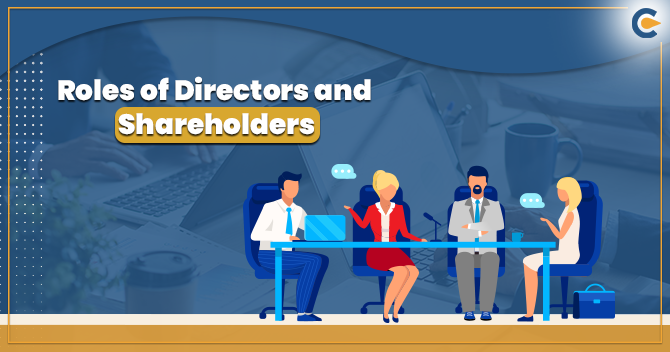 In a privately-held entity, the shareholders act as an owner, and directors are the managers. However, not all directors get hold of the company’s shares, and neither is it possible for every shareholder to run the organization.

Therefore, the allotment of duties among members & owners is essentials. So the directors are provided with the responsibility to manage the company. During the incorporation time, it is simpler to own & manage the company. But later, the owners require the assistance of a professional to run the company.

Primary Roles of the Directors and Shareholders

Essential factors to Consider Regarding the Separation of Management from Ownership

Appropriate Utilization of the Resources

The right allocation of resources is the key to an organization’s success. The owner of the company may not have the right expertise to manage the available resources. The company always requires an experienced professional who can plan, direct, and deploy resources in the best possible way to maximize the return.

A company requires expert managers with sufficient knowledge and skills since a single individual cannot cater to different operational requirements. The experts will stimulate the growth of the company by the effective utilization of resources and workforce.

The communication gap between the owners and employees in the private limited company becomes too flaky sometimes. Managers can play a pivotal role in presenting the viewpoint of the employees to the owner and vice-versa. The manager makes efforts to transform the owner’s ideas into short-term goals.

The company can witness rapid growth when specific duties are allotted to individuals as per their ability. The manager often conducts an in-depth evaluation to determine how the company has performed in the past. It helps in detecting the pin points that are acting as an obstacle to the company’s growth.

Such an evaluation can be made by the individual engaged with the day to day management of the company. Thus, owners/shareholders are not the right candidates to perform such a task as they are not engaged with the management’s daily activities.

The shareholder’s liability in the private limited company is limited to their unpaid share capital. They are not accountable for any faulty decisions taken by the company. The managers or directors are being held accountable for any wrong decisions taken in the company. Therefore, owners or shareholders can bypass the penal provisions related to such an act. This is one thing that is uncommon between Directors and Shareholders.

Another important benefit of the separation of management and the company’s owner is that the directors can take some decisions without the shareholders’ consent. This enables the company to take some prompt decisions. Otherwise, for every decision, a company has to arrange the shareholder’s meeting & approve the decision. Henceforth, it could compromise the managerial efficacy, which could further translate to the production delay.

The separation of roles would stimulate the company’s growth and strengthen its ability to diversify in non-core areas also. The owner can exercise the right to involve in important matters of the company and cast his/her vote on key decisions. In contrast, skilled managers would enable company to undertake the intricate task seamlessly.

A Note on Removal from Office and Remuneration or Profit-Sharing

The shareholders have the right to transfer their stake at their discretion, subjected to the provisions enlisted in the Articles of Association. However, they cannot be forcefully discarded from the company. The only exception to this provision is the removal of shareholders as per the orders of the national company law board (NCLT[1]) or courts.

On the contrary, the directors can hold office only until they are undertaking responsibilities as per the expectations of the shareholders. To remove a director, shareholders can call an extraordinary general meeting, and by a simple majority vote, a director may be removed.

Section 167 of the Companies Act also outlines many grounds on which the directors’ disqualification is declared. After being disqualified as per Section 164, the director has to vacate his/her position promptly. Besides, the director will be removed from the board of directors of the company. Any board meeting involving a disqualified director as part of quorum count will stand invalid.

The Directors and Shareholders are the most imperative part of the corporate structure of the company. Proper synchronization is required between them to ensure the smooth functioning of the company. They share a mutual and intricate bonding and take actionable decisions bypassing the resolution in the meetings. Harmony & mutual respect in their bonding are imperative for achieving the goals of the organization.

Drop your inquiries in the comment section if you seek more information on the role of Directors and Shareholders in the company. We will put in our best efforts to respond to your queries with authenticity and brevity.

Why Minutes Of Meeting Crucial...

Every day, essential meetings take place in your workplace. These meetings, at times, results in the groundbreaking...

Audit Committee of Board of a...