Purchase of Drug Patents by the Pharmaceutical Companies in India 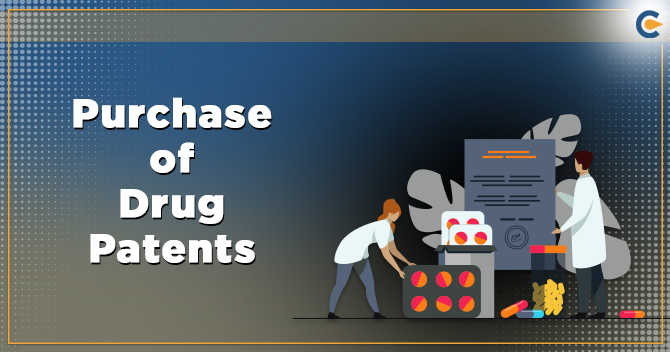 Pharmaceutical companies spend billions of money researching for the consequence and want for new drugs that can help in saving lives. Though, if they do not have a drug patent for their products then other companies have the chance to develop the same drug and sell it in the market. As these pharmaceutical companies did not spend money on researching on how to develop that particular drug, the cost of manufacturing is less for them.

So, such pharmaceutical companies[1] make profit even by selling the medicine at a lower price. When two drugs that does the same thing comes to the market at different cost, the one that has a lower price will be sold more in the market. Therefore, the company that manufactured the drug ends up running at a loss because it has a higher price.

However, if they have Patent Registration for the drugs they developed then other pharmaceutical companies cannot sell their drugs. For that reason, they will be the only company in the market for a time being. The duration of the patent allows them to recover the cost endured by them for research purpose. Other companies can make a generic medicine that does the same thing and also helps in making the drug more reasonable. This is the reason that pharmaceutical companies need Patent Protection.

Need of Purchase of Drug Patents by the Pharmaceutical Companies

Where is the Office of Generic Drugs?

The Office of Generic Drugs is the authority that regulates and makes sure that the public is provided with safe generic drugs working from America. They put all generic medicines through a controlled and regulatory procedure to make certain that Americans consume premium generic drugs.

Category of Patents for Purchase of Drug Patents

Such patent can be granted for an active component, isomers, formulation, or even to the drug as a whole, as the product is unique.

Medical synergy refers to combination of drugs helps in expanding and enhancing the effect of one drug. These type of patents help protect new combinations of several drugs.

This type of patents state to safeguard the technology concerned in solubility, stabilization and taste masking of patent.

Polymorphs are a mixture of crystal structures and material form of any existing compound. It helps in mounting the steadiness or reduction of any impurities present within any drugs. Polymorphs patent helps in protecting the discoveries of compounds which enhances the efficacy of a medicine.

These types of patent spin around drugs that use live creature and any biological resources.

Branded drugs or Brand name medicines are those medicines which are manufactured, discovered and sold by any pharmaceutical company. They involve a lot of Research & Development, testing, approval and paperwork to start their marketing. After getting the approval the inventive companies begin to exclusively market their branded drug for a period of 20 years.

Generally, these branded drugs are sold at higher prices so that the company producing that particular drug can cover the cost of research and development put in manufacturing of the drug. Only after the expiry of patent, generic drugs can enter the market for sale.

Purchase of Drug Patents by the Pharmaceutical Companies

Whenever a valuable or extensively popular drug loses its patent protection, generic competition takes over the market. The parent company loses a vast asset as most of the market will assemble towards the lower priced generic drug. In such cases the small companies wait for the opportunities to make money.

Patent laws have given a boost to drug manufacturer who does not do Research & Development of their own. These companies wait for expiry of patents and then hurry to purchase those Drugs licenses. After purchase of drug patents they increase the price of the medicine, as patented medicines have no price tags.

The reason for no fixed price is that they did not spend their capital on Research & Development. Consequently, they invest in purchase of drug patentsand not in research for development of drugs. This has led to increase in patent marketing in which licenses are bought and sold by middlemen who is searching for financial benefit.

While the main purpose of any business is to make money but when dealing in the healthcare industry ethics has to be involved. The best thing is that the government can promote an atmosphere of balance in such cases. Although pharmaceutical companies deserve more support for innovation of new drug, regulations should be made to prevent a monopoly in the market.

Pharmaceutical companies spend billions of money researching for the consequence and want for new drugs that can help in saving lives. When two drugs that do the same thing come to the market at different cost, the one that has a lower price will be sold more in the market.

Therefore, the company that manufactured the drug ends up running at a loss because it has a higher price. After purchase of drug patents they increase the price of the medicine, as patented medicines have no price tags. The reason for no fixed price is that they did not spend their capital on Research & Development.

Read our article: Four Prominent Benefits of Drug license that you must know

One of the prime beneficiaries of the rapid advancement of technology has been the pharmaceutical industry. Time ag...