How to Import New Drugs in India? 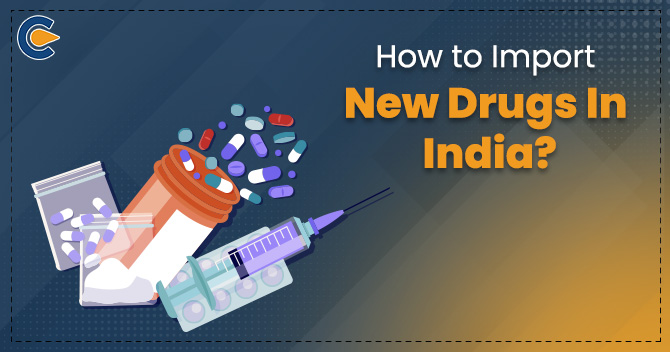 In India, the manufacturing, Import, distribution and sale of drugs are regulated by the Drugs & Cosmetics Act, 1940 and Drugs & Cosmetics Rules, 1945. License is provided for the Import of new drugs & cosmetics subject to those specified in Rule 10 & 10A. No new drug is allowed to import into India without the sanction of the Licensing Authority in writing. Each drug whose composition is not recognized as safe for use by the experts and that has not been used to any extent or for any appreciable period are to be regarded as a new drug. This blog will discuss how to Import New Drugs into India.

An application for import license is made in Forms 8 & 9, respectively, for obtaining an import license in Form 10. The CDSCO Portal should make each application. Rule 24 of the Drugs & Cosmetics Rules with procedural requirements for getting a license.

Following are the procedural requirements for obtaining a license to Import new drugs in India:

Requirements for Grant of License for Import New Drugs

Documents for Obtaining License for Import New Drugs in India

Following are the Documents for getting a License to Import New Drugs in India:

Section 10 of the Drugs & Cosmetics Act, 1940[1] has made the restriction on the Import of the following:

Note: section 10 has an exception related to any drugs in small quantities for the aim of testing, examination or analysis for personal use and subject to prescribed conditions.

The Central Government will prohibit the Import of new drugs if the government is satisfied that:

Following penal provisions are applicable for non-compliance with the provision for Import new drugs:

Read our Article:Import License of Drugs and Cosmetics in India

A Complete Overview on Drug Li...

At present, the street of India is flooded with multiple drugstore or pharmacist. Those days are extinct when peopl...

When a pharmaceutical entity first evolved a new drug to be used for disease treatment, in its initial days sold un...