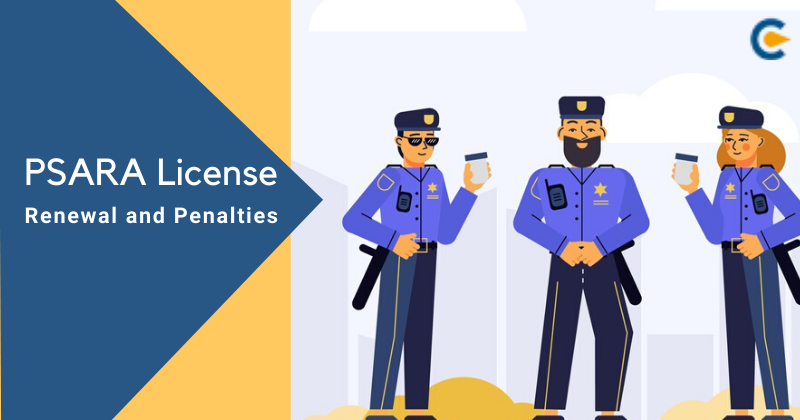 PSARA License is necessarily required before any person starts a private security business in India. The Private Security Agency means an entity that involves in the business of providing Security Guards and other related services as an alternative to the police. The operation of the private security agencies are governed by the Private Security Agencies Regulation Act, 2005, popularly known as PSARA.

After the enactment of the PSARA (Act), it is mandatory for a security agency to obtain PSARA license from the concerned State Controlling Authority prior to commencing the business and in case of non-compliance, the law provides for stringent penal consequences. The application for a license to start a private security agency[1] is made to the competent authority. The PSARA License is issued to operate in one or more district of a particular state or for the entire State.

3. On receiving an application under sub-section (1), the Controlling Authority may, after making such inquiries as it considers necessary and then obtains a no-objection certificate from the concerned police authority. The Authority will order in writing, either grant a license or refuse to grant the same within a period of sixty days from the date of receipt of application with complete particulars and the prescribed fee. Provided that no refusal order must be made unless—

4. A license granted under this section—

Procedure for Grant of PSARA License in Delhi

Conditions for Grant of PSARA License in Delhi

The PSARA license renewal shall be granted subject to the following conditions:-

Punishment for not having Valid License

Any person who does not hold a valid License under PSARA must be Punishable with Imprisonment for a term which may extend to one year, or with fine which may extend to Twenty-Five Thousand Rupees, or with both. All the private Security agencies must obtain a license under PSARA 2005 to operate his business all over India. Private Security Agency License (PSARA) is mandatory for all running Private security Agencies.

Penalty for unauthorized use of Certain Uniforms

If any private security guard or supervisor wears the uniform of the Army, Air force, Navy or any other armed forces of the Union or Police or any dress having the appearance or bearing any of the instinctive marks of that uniform then he and the proprietor of the private security agency must be punishable with imprisonment for a term which may extend to one year or with fine which may extend to five thousand rupees, or with both.

The application may get rejected under the following-

The private security sector has witnessed significant growth in past years owing to the growing demand of the corpo...

PSARA License in UP: Eligibili...

Security service provides satisfaction to the workers, employees, customers, and everyone, directly and indirectly,...