What is the Profit Margin and how to calculate it? 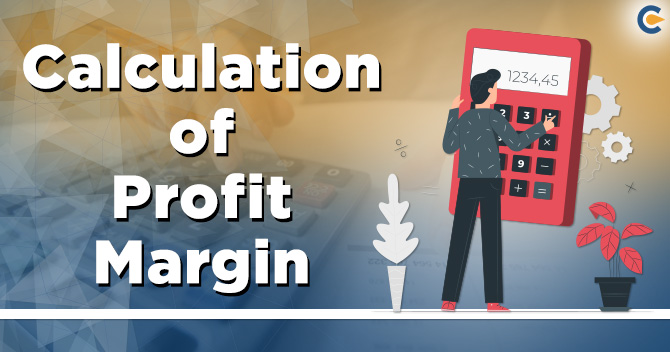 Gross profit is a profitability metric that represents profit as a net income that exists after deducting the cost of goods sold (COGS). In this case, COGS is associated with expenses linked with the manufacturing or production of items for sale. This also includes the cost of raw material and wages of the labor accountable for making the goods. Some parameters are not a part of this metric, such as taxes, debt, overhead cost, or expenditure w.r.t equipment purchases.

Read our article:What is Financial Modeling and How It Helps Businesses to Grow?

It is slightly complicated than its counterparts. It takes different variables into account for estimating the firm’s profitability. These variables are sales expenses, overhead cost, operating expenditures, and costs w.r.t administrative. Apparently, these variables are directly associated with the operation of the company. While this profitability metric still not take debts, taxes, and other non-operational expenses into account, it does include depreciation of assets and amortization.

The operating margin of profit is estimated by dividing operating profit by revenue. This profitability metrics reflect the company’s financial status to run its business. Its formula is: Operating profit/revenue) x 100

The net income of the company is equivalent to total revenue left over after all expenditures. This includes manufacturing cost and COGS, as mentioned earlier, but it also takes debt, taxes, single outstanding payment, and income from other operations into the account. The Net profit margins show the firm ability to turn input costs into profit. The given formula is used to calculate Net profit margin. Net profit margin = (Revenue-COGS-operating expenses-tax-interest)/Revenue x 100

Understanding the notion of Profit Margin

Thus the profit margin of the company would be estimated as:

Any loopholes at these levels give the implication of poor utilization of money w.r.t operation or other expenditures. The healthy operating & gross profit margins in the example above show how Starbucks reap a decent profile despite stringent financial obligations.

Impact of Profit Margin on the Economy

The profit margin is quite important for the capitalism driven economy. The margin must be on par as compared to counterparts dealing with an identical business to lure investors. It somehow helps to estimate the supply w.r.t market economy. If a service or a product is not doing wonders, the company will be less desperate for their supply in the market.

To achieve good profit margins, the firm might outsource jobs outside the country where labor wages are significantly lower. China[1] is one of the best destinations for corporates seeking job outsourcing. This helps them lower down the production expenditure. Every firm wishes to sell its product at a good price to ensure optimum margins. To keep the production cost at the lowest possible bandwidth, companies often try different tactics to keep the financial obligations under control. The profit margins also help the firm to price its product line and services aggressively to beat the competition.

For example, a retail store is looking forward to reaping a 50% gross margin to counteract the expenditure w.r.t distribution. This margin is also known as the keystone price. Each entity involved in the process of doubling the price of their product, leading retailers to the 50% gross margin to cover expenses.

We can conclude that profitability metrics are key indicators of the growth of the company. They are crucial and capable of highlighting loopholes in the financial infrastructure of a company. By pinpointing the weakness, these metrics enabled the business owner to make relevant changes wherever necessary to ensure a good profit and fewer financial losses. In addition, these metrics are also important from the competition point of view. It allows the investors and the owner to figure out how the company is performing against the competition.

Coronavirus has left businesses disrupted concerning the shutdown of its physical operations, scarcity of employees...

The Section 128 of the Companies Act, 2013 talks about the maintenance of books of accounts for the registered enti...