Companies Act 2013 Provides Procedure for the Removal of the Director 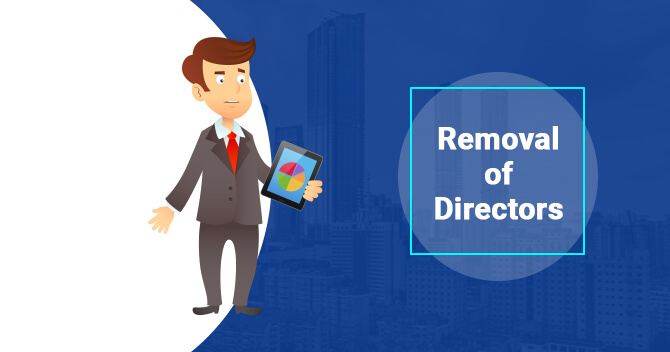 Everything requires proper management so that it can function correctly. The same thing goes for a Private Limited Company, and hence we have Directors who are responsible for the management of the company. Directors are the one who promotes the success of the business and benefit to its shareholders. The shareholders elect the director of a company for managing the affairs of the company in accordance with the provisions of Companies Act 2013 (hereinafter the act). The Board of Directors or shareholders can remove the director of a Company under section 169 of the act. Here in this article, we will discuss the removal of director:

Removal of the Directors

The removal of the directors under section 169[1] of the act can be made as follows:

Reasons for the removal of the director

The Board of Directors or shareholders can remove the Directors of a company if he/she incurs any of the disqualifications specified under section 164  the Companies Act of 2013, or he/she is absent from the Board meeting over 12 months. Also, if the concerned director enters into a contract or arrangement against the provision of section 184, then that director is convicted by the court and can be sentenced to imprisonment for not less than six months.

Note: A company has the right to remove the director only if the Central Government or the Tribunal has not appointed the director.

Who can take part in the removal of the director?

Procedure for the Removal of the Director

Two cases arise either the company itself removes the director, or in case the director does not attend three Board meetings in a row.

In case the company removes the Director:

In case the director does not attend three Board meetings in a row:

The Removal of the director in any company entirely depends upon the company itself and the director. The concerned director who is removed has to follow a procedure prescribed by the Board of Directors or the shareholders in accordance with the provisions of the Companies Act 2013. The Corpbiz has the team which will help regarding the procedure under the Companies Act through our professionals.

Read our article:Companies Act 2013 Provides a Procedure for Appointment and Resignation of the Directors

The company is a legal person who needs a natural person for managing, controlling, directing and overseeing the af...