Power and Duties of Auditors and Auditing Standards 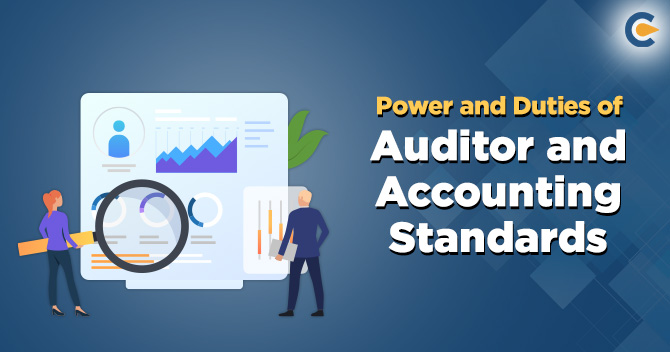 There are certain statutory rights and duties of auditor which have been provided by the Companies Act, 2013. These provisions related to rights and duties of an auditor have been defined under Section 143 of the Companies Act, 2013[1]. Although there is no direct mention of auditor’s powers in order to perform its duties, auditor must have certain powers without which it is not feasible for him to perform its duties.

An independent professional who is authorized to examine and verify the validity of accounts and is certified to perform an audit is called an auditor. In other words, the person who ensures that the company complies with the terms of various provisions such as tax and others as required is called as auditor of the company. The main intention of auditor is to secure company from any deceit, fraud and to spot any disparity or shortcoming in accounting methods of the company. And give an opinion about the overall health of the financial position of the company.

Powers of an Auditor:

Auditor has some special powers vested with him in respect to access financial records of the company. All these powers have been vested with him by Companies Act, 2013. According to the certain provisions of the Companies Act, 2013 auditor not only has access to the financial statements which are retained at the registered office of the company but to the records also kept in other branches or offices of the company. These financial records include account of book records and other vouchers of the holding company as well as of all subsidiary companies. Auditor has liberty to access the records at any time as per the rights granted to him as per companies act. Certain duties are mentioned as below:

As per Section 145 of the companies act, 2013 only auditor is authorized to audit and sign the financials or audit report of the company that is required by any law or authority. Any comment, observation or mentioning about financial transaction in auditor’s report is to be duly read and discuss in the general meeting of the company and be open to any kind of inspection by its members.

As per Section 146 of the companies act, 2013, it is mandated for company to furnish every notice or communication in relation to any general meeting to an auditor. An auditor is required to attend the said general meeting either himself or through his representative who shall act as an auditor of the company on his behalf. That notice of a general meeting is required to be given at least 21 days before the said meeting either in writing or via electronic communication as per Section 101 of the companies act. That notice should mention date, place, day and timing of the meeting and shall also contain agenda or business statement need to be discussed in the meeting. In the said meeting auditor shall be given reasonable opportunity to speak about any concerns of the company.

As per Section 143(8) of the companies Act, 2013 in case accounts of company are to be audited by any other person other than company’s auditor, the independent auditor shall have all authority to visit office of company in order to perform his duty. He can have access to all financials such as extracts from account books, vouchers or any other required details at company’s branch office.

Duties of Auditor of the Company

Apart from above-mentioned powers and duties auditor has numerous other duties which also includes giving all possible support to officers during the investigation of company affairs which not only help the government to restrain about frauds and wrongdoing of company but also to maintain clarity in system.

An overview – Outsourcing of...

Nowadays, most of the companies prefer to outsource their accounts payable services. The reason behind this is that...

In case you have been combating the shortage of cash flow & can't quite manage to pinpoint the reason why you a...