PM Launches Swamitva Yojana: What is it all about? 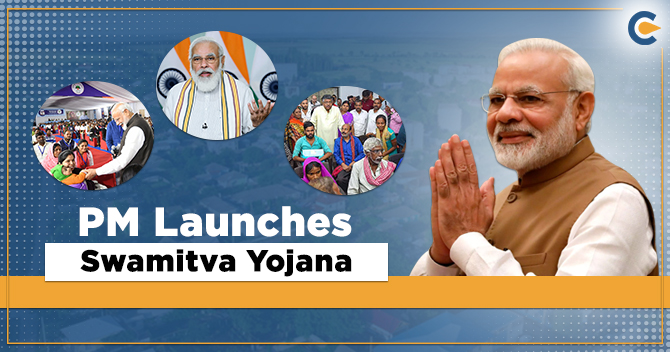 PM Narendra Modi has launched ‘Swamitva Yojana’ or Ownership Scheme is to map residential land ownership in a rural area using modern technology such as the use of drones. The scheme has aimed to revolutionise property record maintenance in India that was launched on the Panchayati Raj Diwas by the PM. He has also interacted with members of Gram Panchayats across the country by the way of video conferencing.

To know about this scheme Swamitva Yojana

PM Narendra Modi has launched a scheme for the physical distribution of property cards under the “Survey of Villages & Mapping with Improvised Technology in Village Areas as Swamitva yojana” by the video conferencing. The PM stated in his speech that the scheme will going to bring “historical change” in the villages of a country as One Lakh people have received an ownership letters for the houses. And also congratulate to those people who have downloaded their ownership card.

Read our article:Name of Independent Director in Data Bank can be Included in next 3 Months: MCA

The CBDT has issued clarification in respect to direct tax under Vivad se Vishwas Act, stating that the requirement...