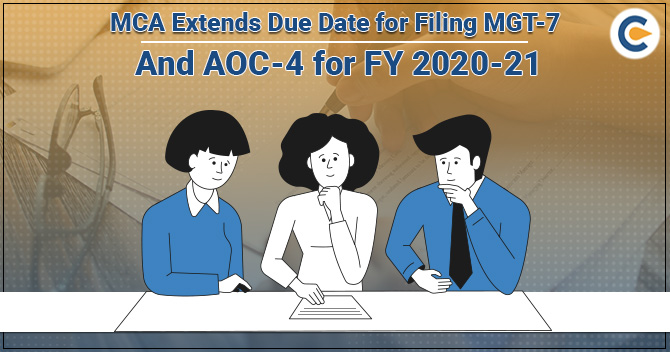 The Ministry of Corporate Affairs (MCA) has extended the due date for MGT-7 and AOC-4 for the financial year 2020-21. In continuation to the MCA’s circular released on 29.10.2021, keeping in view the concerns of various stakeholders regarding the relaxation of levy of additional fees for return filings/annual financial statement required to be done for the FY ended on 31.03.2021

Besides, the MCA has also decided that no additional fees shall be imposed up to 15th February 2022 for the filling of AOC-4, AOC-4 XBRL, AOC-4 (CFS), AOC-4 Non-XBRL, & up to 28th February 2023 for filling MGT-7/MGT-7A in respect of the FY ended on 31st March 2021 respectively. During the period above, the authority shall charge standard fees for filling the said e-forms.

Let’s explore the role of MGT-7 and AOC-4 individually.

An overview of AOC-4

Mandatory disclosure via financial statement including board and auditor’s report is a method of facilitating information to the shareholder & the masses about the financial standing and operation of the organization so as to empower its member to make informed decisions to ensure future growth.

The financial statement of an organization is needed to be filed with RoC along with the Form viz AOC-4 on a yearly basis within 30 days of its AGM.

In addition to the Form, the documents such as auditor report, board report, details of CSR policy, statement of subsidiaries in Form AOC-1, etc. are filed.

According to section 137(1) of the Companies Act, 2013, every incorporated entity is mandated to file with an RoC a copy of financial statements, along with relevant documentation as cited under the Act, duly adopted at the AGM within thirty days of such AGM.

What role does MGT 7 Form serve?

MGT-7 refers to a digital form accessible to all the MCA[1] registered companies to file details of their annual return. The RoC, i.e. Registrar of Companies, maintains such a form via digital medium and on the basis of the statement of correctness facilitated by the organization. All MCA-registered entities pan India should file MGT-7 every year. It is a legal compulsion for all MCA-regulated companies to file annual returns via Form MGT-7. A penalty of Rs 100/day shall be levied on the defaulting company in case of late filing of an annual return.

MCA’s decision to extend the due date of filing MGT-7 and AOC-4 has come to effect because of the rising concerns among the stakeholders regarding the relaxation of imposition of additional fees for return filings. 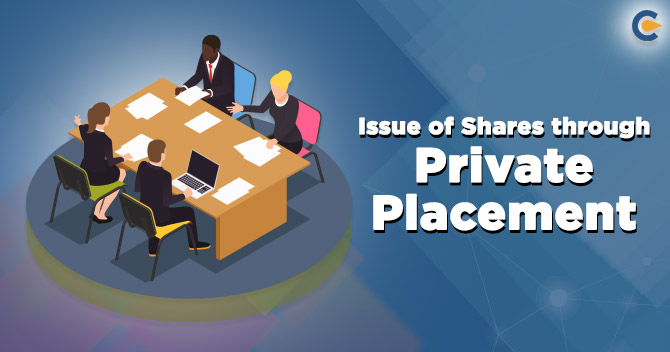 Issue of Shares through Private Placement

Section 42 of Companies Act, 2013, provides to make an offer of shares to a selected group of person to make Issue... Converting a business into a legal entity is probably the most important phase for any organization. Task carried o...