What is Corporate Social Responsibility? – An Overview 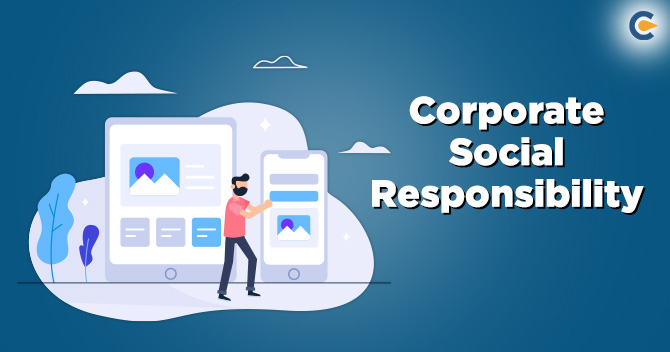 With globalization Corporate Social Responsibility (CSR) has got much recognition during the past few years. It has not only emerged and established in India, but globally it has been adopted and accepted too. Organizations like the United Nations (UN), International Labor Organization (ILO), Organization for Economic Co-operation and Development (OECD) have set various guidelines in this context to set this up to international standards.

What is the meaning of Corporate Social Responsibility (CSR)?

Corporate social responsibility (CSR) can be defined as is a self-evolving business practice that incorporates sustainable development to make organization as socially accountable. The accountability of organization is towards its shareholders, members and the public in large. The intention is to create social, economic and environmental consciousness towards society about its kind of impact. Due to this, it is also referred to as Corporate Citizenship.

What is the status of Corporate Social Responsibility (CSR) in India?

As per the said amendment, all corporate or companies having net worth higher to Rs. 5 billion or net profit of Rs. 50 million or having annual turnover of Rs. 10 billion need to invest  2% of its last 3 years average net profit on Corporate social responsibility (CSR).

Before the said amendment it was a voluntary provision to invest a certain amount of net profit on CSR, but after this amendment, it has been made mandatory to invest mentioned percentage of the profit of the company on CSR after having valid company registration only.

As per the latest amendment in 2019, Section 135 of the companies act 2013 has been amended w.r.t. Spending of CSR funds by corporate, to transfer the remaining amount not spent for next year, its penal provisions and powers of authority in this respect. As per that:

Up until the amendment, if a corporation was not able to payout entire CSR fund amount allotted for a particular financial year, they had leverage to forward the same for the next financial year. But after the said amendment, corporate are now required to submit or deposit the unspent fund amount within the fund as stipulated under  7th Schedule of the Act by the end of the particular financial year. And further, this deposited amount needs to be spent or utilize by corporate within a period of 3 years from the date of transfer of the funds. The corporate or companies which fail to comply with the provisions as per said amendment, they shall be liable to bear monetary penalty along with imprisonment in certain cases. The penalty amount of Rs. 50,000 up to Rs. 250000 can be imposed on corporate. Whereas default is from the side of any officer or management of company, he can be imprisoned for a period of 3 years or a penalty amount of Rs. 500000 can be imposed or both.

After the 2014 amendment, CSR spending was made as mandatory provisions which have a positive effect in India. Since then, CSR spending by Corporates in India has been increased by more than 47% if compared with previous years. As per the latest study in India, various Listed companies have spent more than USD 1.5 billion and have contributed in various sustainable activities like Social welfare, Educational institutions, Health care facilities, Skill development, and much more. Even Government has taken several initiatives by increasing its contribution towards CSR through PM Relief Fund and other similar programs. A major contribution has been witnessed in educational activities, followed by health, food, poverty, environment and also rural sector development. As per studies, after amendment, there has been increased of more than 98% funds in CSR, which is a factor of appreciation.

In order to asses and calculate company’s impact on society in general, CSR needs to make a following assessment of the business in order to ensure that through contribution in CSR development of a marginal section of society is also taking place along with other aspects. Factors like Customers, environment, suppliers, employees and communities need to consider while allocation in order to secure sustainable development.

What benefits does CSR have on organization?

Nature of benefits may vary and distinguish as per nature of a different organization, but there are certain general positive points of CSR for every corporate.

Some examples of Corporate Social Responsibility (CSR) in India

Although CSR is not a new concept in India as many Indian MNCs, have acquired this concept from many decades but it has taken a new face after the latest amendments only. CSR is the best strategic path that can take many corporates to a new level as well can help the country to obtain the goal of sustainable development too. As it is not only responsibility of Government to focus on social and economic development of country but also big corporate too.

Read our article: Shareholders Meeting is Crucial to Your Business. Learn Why!

Companies incorporated under the Companies Act, 2013 are mandated to file a DIR 12 form on the official portal of M...

Companies and LLPs operating pan India are mandated to adhere to annual filings norms cited under the Companies Act...