What are the Legal Metrology laws in India? 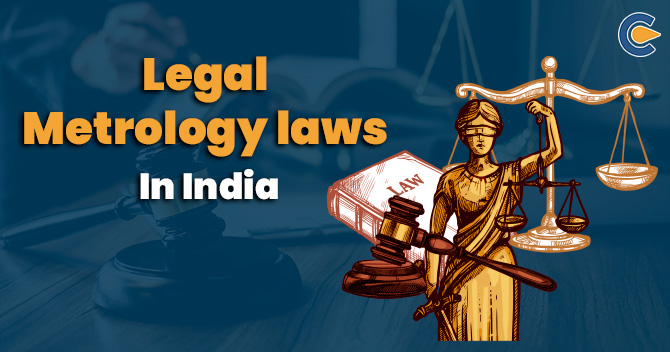 The Department is headed by Director, Legal Metrology, whose office is located at Krishi Bhawan, New Delhi. A few states have their own rules for maintaining Legal Metrology laws. The Controller of Legal Metrology issues the license to the manufacturer, repairer, and dealer of weighs and measurement instruments.

Legal Metrology law is dealt with under Entry 50 of Union list as it reads “to frame the Acts and Rules, Specification of standards and International Relations, training in Legal Metrology, etc.” and also under Entry 33A of Concurrent list which talks about enforcement of Legal Metrology.

The Act extends to the whole of India.

Enforcement and overview of the Act

The Act contains a total of five chapters with 57 sections.

Important definitions under the Act

Director, Controller, and other metrology officers

Verification and stamping of weights and measures

The Central Government may prescribe the type of weights and measures for which verification needs to be done through the Government-approved Test Centre.

Offenses and Penalties under the Act

Followings are some of the penalties given under the Act in contravention of the legal metrology laws:

An appeal under the Act

From the date of the impugned order or decision,an appeal shall be filed within 60 days to the next higher authority of legal metrology laws.

Other legislatures related to Legal Metrology Laws in India

The main legislature dealing with Legal Metrology law is the Legal Metrology Act, 2009. Legal Metrology law provides guidelines for control on weighing, measurement, and measuring instruments. It protects consumers and provides safety to the public, environment, and traders, and is very particular about fair trade in India. It relies on providing traceability to measurements and measuring instruments. It aims at giving confidence to/between consumers, Government, businessmen, and traders. It controls unfair trade practices.

Read our Article:Suspension or Cancellation of Legal Metrology Act License

Legal Metrology Act 2009 contains a set of rules and protocols to maintain uniformity in all the instruments used f...

Role of Legal Metrology in Foo...

Rules under Legal Metrology are a set of guidelines granted by the Department of Consumer Affairs that deal with me...