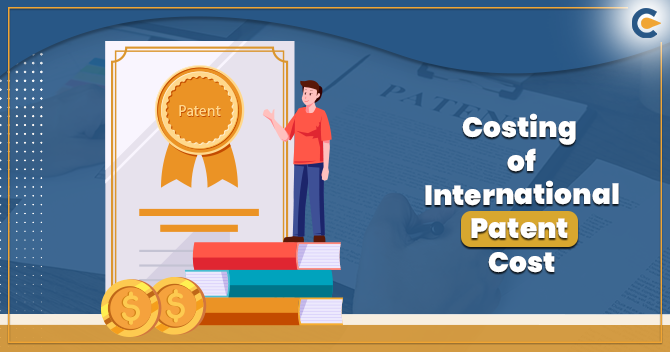 The term International patent or a world patent doesn’t exist in the real world. There is no single patent system that can safeguard your idea or invention in every nation. For global patent protection, one has to file for a patent in every nation individually.

Having said, it means that filing of a patent in every single county would cost you around $1,000,000. Besides, you may also need to invest same amount for maintaining the patent for its full term. Inherently, that would be costly affairs for independent researchers & even for most of the companies to opt for an international patent.

A patent grants the exclusive right to the inventor to have complete authority over the manufacturing and trading of the invention. Typically, a right patent encompasses details that are imperative for the user to avail benefits of the invention. Meanwhile, a worthless patent covers irrelevant details and are more vulnerable to violation. It means that the patent office doesn’t usually examine the credibility of the patent.

A Patent encloses the Given Key Elements

Fortunately, the patent process empowers the inventor to hedge their bet and keep expenditure under control at the initial phase. The most fundamental tool to serve such a purpose is the PCT application. The full form of PCT is the Patent Cooperation Treaty. Like the common application for schools, PCT enables the inventor to file a single patent application that covers almost 150 nations worldwide.

Radically, the PCT application can act as a reservation for submitting the patent to specified nations and allow you to stand by a time of 2.5 years for decision-making. After such a timeline, the said application is transformed into individual patent applications subjected to each nation where patent protection is desired.

The exhaustive procedure for filing PCT Application is given below, which are as follows:-

An “International Searching Authority” (ISA) identifies the published document of patent & technical literature (aka “Prior Art” in legal term), which may affect the patentability of your invention. This must be published within 16 months from the filing date of the application in the home country.

The Supplementary International Search (ISA[1]) would search on request for the published documents if the first ISA failed to do so. This must be published within 22 months from the filing date of the application in the home country.

The ISA, on your request, conducts an analysis in regards to patentability, generally, on the altered version of the application; this must be published within 28 months from the filing date of the application in the home country.

After the completion of the PCT procedure, either after global search or preliminary examination or before 30 months from the priority date, application related to the grant of patent can be furnished to local patent offices in which the patent protection is desired.

An Overview on Convention Application

The Paris Convention 1883 is regarded as an international treaty that enables the applicants to file the initial patent application in their local territory. That application is also recognized as a priority document or filing, & the date it is filed is referred to as a priority date in a legal term.

The 12-month convention period allows the applicant to procure funds, conduct market research & transform an idea into a commercial product. All these tasks can be completed following by a single filing without endangering a loss of rights in other nations. In case of the absence of the Paris Convention, applicants would need to perform concurrent filing in all nations at the start of the process.

A patent offers an exclusive right to the owner for making and selling an invention. One simple method for cost-cutting is to file in nations where competitive products are manufactured. For instance, hypothetically, if the manufacturing of the global-targeted product is only done in China, then a single patent in China would be sufficient to protect your invention worldwide.

However, it’s conducive to safeguard a patent against the seller than the manufacturer, so it would be reasonable to avail US patent. This paradigm can be applied to many nations, provided you have ample funds at your backup to finance such a requirement.

Another way of choosing the right destination for filing a patent registration is to forecast the potency of the place in terms of generating revenue against the invention sales. If the specified destination is not conducive enough to cover the cost of patent filing and maintenance, then it’s better to look out for another alternative.

While PCT is a user-friendly way of filing an international patent, enforcing them still remains an expensive & intricate affair. The ground reality of the nation on account of the enforcement of patent can also be taken into account as selection criteria.

In the United States & Canada, patent enforcement can be effective owing to the strong legislation structure. China remains one of the most less-demanding countries on that front. But in an Asian nation like India, enforcing a patent still remains a daunting errand for the researchers.

The court proceeding can be filed against the validly issued patent. According to our legal system, the patent office’s still got some loopholes that need to be fixed. Hence, to determine the validity of a patent, one has to test it through a lawsuit.

At least, this can help you determine its legal standing in the current scenario. In general, all patents are presumed to be valid, and most of them do not confront expensive testing procedures unless they encompass something worth loads of money.

The Wright Brothers, after obtaining a patent in 1906 for their method of an airplane’s flight control, continue to face hundreds of lawsuits against the aviation company located in and outside of the United States.

A patent is hard to achieve by unlike copyright or trademark registration. Any invention that seeks a patent need to comply with the provision of the existing Patent Act, or else it will act as a regular product. In India, getting a patent is a long and tedious process owing to tons of paperwork and compliances. If you are not individually capable of addressing the requirement for patent registration, you might need an expert to proceed effectively. At CorpBiz, we make sure that our clients get the best possible guidance on patenting requirements by following the tailor-made strategies prepared by our experienced professionals.

Read our article:Is it Possible to Increase the Timeline of Patent Validity? Let’s find out.

The General Powers of Controller of Patent in India are prescribed under the Patent Act, 1970, and the Patent Rules...