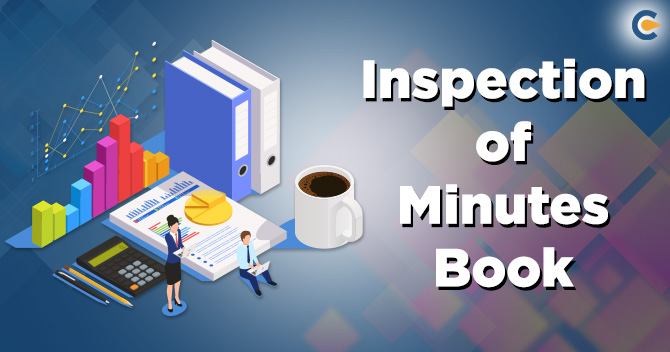 What are the minutes’ books, and how can we define it?

Minutes book of a meeting is official record of proceedings of a meeting as conducted by a company. These are presumed as a legal record of the meeting and can be taken as evidence to prove the fact. The term ‘minute’ has been defined under Section 118 of the companies act, 2013 as:

“[118. (1) Every company shall cause minutes of the proceedings of every general meeting of any grade of shareholders or creditors, and every resolution passed by postal ballot and every meeting of its Board of Directors or of every board of the Board, to be prepared and signed in such manner as may be prescribed and kept within thirty days of the windup of every such meeting concerned, or passing of resolution by postal ballot in books kept for that purpose with their pages consecutively numbered.]”

Minutes book of any meeting conducted by a company should mention a fair and accurate summary of whole proceeding of a meeting. It normally covers the whole meeting in brief as to how, why, and till what conclusion have members of meeting have arrived w.r.t. Business transactions or the agenda of the meeting. Further, every company needs to maintain and preserve minutes of all meetings in its records as per prescribed rules and regulations.

What does Minutes book of meeting include?

Once meeting is concluded, it is pertinent to make minutes book of meeting, and that shall include the following:

What is important abstract of Minutes book of general meetings?

Important extracts w.r.t. minutes of proceedings of the general meeting and other board meetings are described under Section 118 of the companies act, 2013[1]. As per Section 110(10), every company needs to maintain secretarial standards in every general meeting as well as board meetings as prescribed and approved by central government. As per that certain provisions has been mentioned emphasizing Minutes book of a company as:

Read our article:Know all about Annual General Meeting as Per Companies Act 2013

Who can inspect the extracts of a meeting?

Provisions regarding inspection of minutes books under section 119 of the companies act, 2013:

The right to inspect minutes book of a general meeting has been mentioned under section 119 of the companies act, 2013. As per said section, following provisions has been made:

Certain provisions w.r.t. The inspection of minutes of general meeting made as per the Companies (Management & Administration) Rules, 2014. As per that, any member of company can apply for inspection or get records of minutes book of any general meeting on payment of a prescribed fee but not exceeding Rs. 10 per page. Member is also allowed to apply for electronic record of such minutes of any 3 preceding financial years free of cost.

Any member shall be entitled to be furnished within 7 working daysafter he has made a request in that behalf to the company with a copy of any minutes of any general meeting on payment of such sum as may be prescribed in the articles of the company but not exceeding a sum of Rs. 10 per page or part of any page.

In order to maintain transparency to records of the company, this provision of companies act is very important under which members have the right to inspect and extract such records of minutes book of any general meeting of the company. Under the new companies act, 2013, many realistic provisions have been laid down in comparison to the old companies’ act of 1956, which have played an important role in order to maintain transparency and maintain corporate governance in companies.

Read our article:Shareholders Meeting is Crucial to Your Business. Learn Why!

Circulation of member resolution generally indicates the resolution authorized by the circulation among the members...

Audit Committee of Board of a...