Know all about Annual General Meeting as Per Companies Act 2013 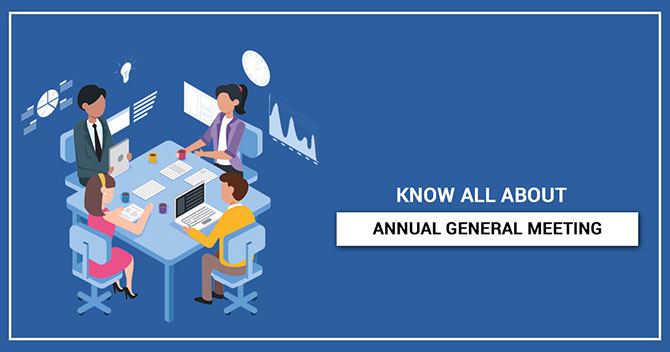 An Annual General Meeting is that time of the year in a company when all the important officials of the company come together and make important decisions on matters of the company.  Furthermore, it is mandatory for every company except OPCs to hold the AGM every year, as specified under Section 96 of the Companies Act, 2013. This blog is a perfect guide for young startup companies who do not know much about company compliances and can help them avoid failure.

Type of Meetings in a Company

What is an Annual General Meeting {AGM}?

As per the Companies Act, 2013, every company except One Person Companies are required to hold a general meeting called the ‘Annual General Meeting’ every year. For conducting an AGM, a ‘Notice’ is given to all the shareholders, 21 days prior to the meeting. Moreover, the gap between two consecutive AGMs must not be more than fifteen months.

When and where should the AGM be conducted?

What is the Purpose of Holding an Annual General Meeting?

The primary purpose of holding an Annual General Meeting is to allow the Shareholders to vote on matters like the company issues, selection of board directors of the company and informing the members about the previous or future activities of the company. Additionally, in big companies, it is the only time of the year where all the shareholders of the company sit and interact on various issues.

Issues Covered in the AGM

The major agendas covered in the Annual General Meeting are as follows;

Due Date of AGM

As per the provisions of the Companies Act, there are three conditions for conducting the AGM. These conditions can be listed as;

The quorum or number of members for an Annual General Meeting is as follows;

The notice for the commencement of the AGM should be sent to all the members at least 21 days before the meeting along with the annual report of the company. However, a shorter notice can be provided after taking consent from all the members who are entitled to vote at the meeting.

What are the Legal Requirements for Holding an AGM?

Legally, the company sends a notice to all the members of the annual meeting, 21 days prior to the meeting. However, there is an exception to this rule, and a special notice is issued for a shorter notice period, under specific conditions. Furthermore, the following documents need to be sent along with the notice;

The first Annual General Meeting [1], as the name suggests, is held in the first year of the incorporation of a company. As per the provisions of the Companies Act, 2013, it should be commenced within nine months from the date of the closure of the first financial year of the company.

There is a provision to conduct the Subsequent AGM within six months from the date of the end of the given financial year as per the Companies Act.

Extension of Time for Holding AGM

For an extension of time for holding an AGM the company shall apply with an e form GNL-1 mentioning the reasons behind seeking extension and the time period for which such extension is required by the company. The Registrar of Companies is the competent authority to extend the time by three months to hold an AGM. The RoC shall record the reasons behind giving the extension as it is rare situation and without an urgent reasonable ground no such extension is provided to hold the first annual general meeting.

After the Meeting procedure

Consequences of conducting an AGM after the due date

Under the provisions of the Companies Act, companies need to hold the AGM within the specified time. Additionally, failing to do so may lead to legal consequences, including financial punishments.

In case if the company is ordered to hold the AGM through a tribunal under section 97, such a company is liable for a penalty. In such a case, the company and every officer of such company is punishable for a fine which may extend to Rs. 1 lakh. Furthermore, in case of the continuance of such default, a fine of Rs. 5000 is levied per day in the company.

The annual general meeting is obligatory compliance for companies in India. Moreover, companies not holding or conducting the AGM become liable for legal actions taken against them. Furthermore, at least five members in a Public Limited Company and two members in a Private Limited Company should personally attend the AGM. Also, the Companies Act specifies the time of holding an AGM in the business hours and on a day which is not a National Holiday.

Read our article: Appointment and Removal of Auditor in a Privately-held Organization 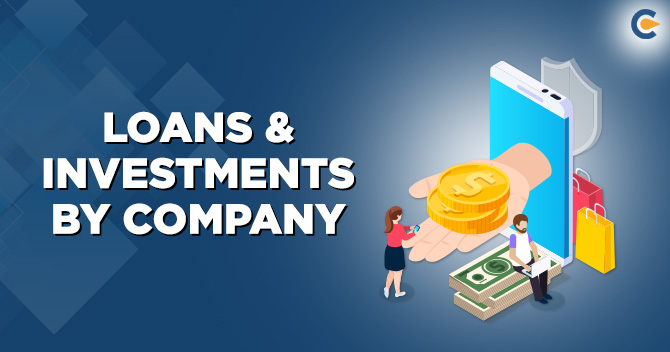 Loans and Investments by Company (Section-186)

This article will help you know about the provisions related to the Loan and Investment made by the company (l... 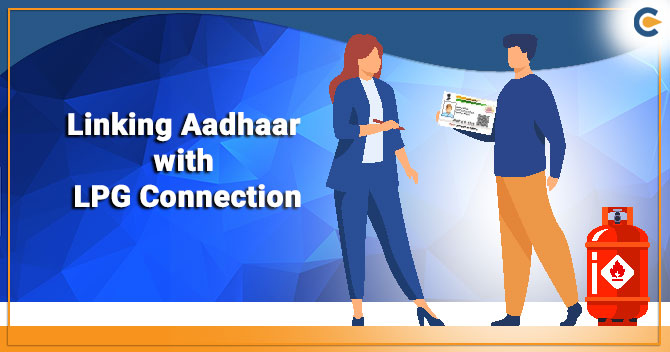 According to the Government rules, the LPG users are eligible to get 12 cylinders only in one year at a subsidised...